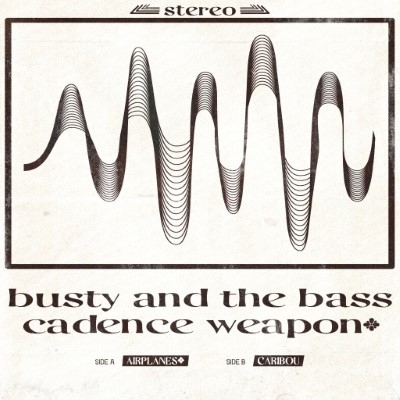 “Airplanes” is a bouncy house-influenced rap single with the band’s signature blend of jazz and funk. The song finds Alistair Blu (keys/vocals) trading verses with Cadence Weapon who explains the track is about “finding a way to allow yourself to truly relax and disconnect in the age of the notification.”

The new single “started as an electronic beat, reminiscent of one of those dingy Montréal afterparties where the line between late night and early morning ceases to exist,” says Louis Stein. “Bringing it to the band brought new life to the groove and when we got Cadence on the track, he gave it meaning and helped make this beat into a song.”

The B-side track “Caribou” is the brain-child of Eric Haynes (keys, piano).

“The inspiration is a bit of Radiohead, a bit of Floating Points, with the production of live instruments mimicking how electronic elements and drum sequencers might sound,” says Alistair Blu. “A few of the parts are taken from group jams live off the floor, while others are overdubs. The song journeys through peaks and valleys of strings and horns, and is driven forward by the movement of Julian’s drum performance.”

Listen to both tracks below, and stay up to date with Busty and the Bass.

Related ItemsAirplanesBusty and the BassCadence WeaponCaribouKillbeat MusicMontreal QCQuebec
← Previous Story Kenny ‘Blues Boss’ Wayne releases new single, “Rock And Rolling This House”
Next Story → Andrew Hyatt puts the spotlight on mental health and his own personal demons with the release of his new single and video “High Tide”