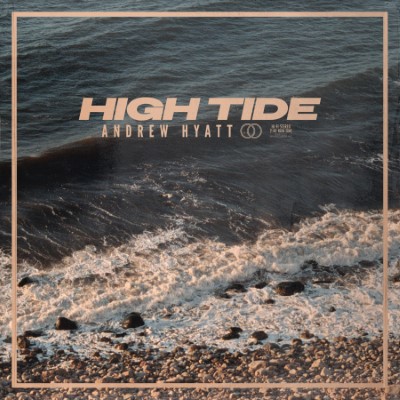 Andrew Hyatt is an award-winning singer-songwriter, who has battled demons with his own mental well-being and decided to get real as he poignantly explores mental health stigmas in his recently released single and companion video “High Tide.”

“High Tide,” written by Hyatt, does a deep dive to explore the subject of mental health then illuminates the day-by-day fight and shame that besets it but also shows the light that can be found on the other side of the darkness. This song is raw and shows a vulnerability in Hyatt that he is willing to share in order to foster awareness and acceptance in the hopes of normalizing the issue. It was produced by Derek Hoffman, mixed by Scotty Chops, and funded and supported by 604 Records.

This is what is most important to read as Hyatt shares his story,

“In January of last year, I was in a low place. The money was gone, the royalty cheques were delayed for months, the bank was calling, I’d started on meds for anxiety and depression that had the opposite effect than intended and it felt like I couldn’t keep my head above water anymore. I wrote this song with tears streaming down my face and what felt like hands wrapped around my throat. A lot of people don’t know this side of me but I wanted to share because I believe vulnerability breeds vulnerability and the bi-product is a world with more grace and understanding.”

The video for “High Tide,” directed by Hyatt and long-time collaborator Brandon Ferguson, is beautiful in itself, yet so very painful to watch as it showcases Hyatt’s own mental health issues, laid bare in the high highs and low lows of the video. When he puts pen to paper in the video and shows “I’ll be alright” is a highlight that remains with you. I believe he’s hoping to get his message across to all that are facing the same struggle as he is with that sentence.

Both the song and video are simply amazing. Via social media, Hyatt shares this about the single and video.

“I want to share a few random facts about this song and video so here it goes:

1. This video was shot before the song was recorded. Our timeline was so tight that the only option was to shoot the entire video to a click track. It was a challenge but I think it turned out well!

2. I wrote the treatment and directed this video! This was a first for me. I really enjoyed it and will probably continue to dive into this role. (Shout out to @call.me.ferg for being the man behind the camera/ lights and editing vision!).

3. I tracked my own vocal from home and we kept most of the demo vocal in the final version because it felt like it had the right emotions in it.

4. The official single art is a photo I shot of the ocean on 35mm film.”

Watch the video below, and stay up to date with Andrew via his socials.