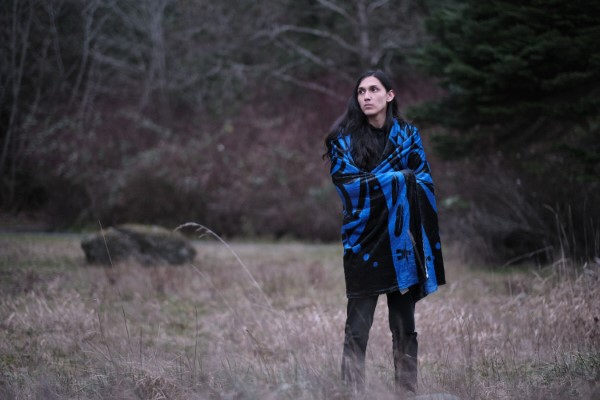 BC Native American/Canadian musician, Keanu Ienco has unveiled his new single, “I Still Shine”, along with a music video to accompany the release.

The single is the first from Keanu’s upcoming debut album, Celestial Desire, which is set for release on March 18, 2022.

‘”I Still Shine’ is an instrumental guitar piece I composed about regaining self-confidence”, says Keanu. “It’s really an anthem for remembering your strengths and lifting yourself up. To show this, I wrote the tune to be a high energy thrill ride right from the start with high gain melodic guitar lines and a grooving feel from my rhythm section.”

Check out the video for “I Still Shine” below, and find out more about Keanu via our mini-interview.

I am Keanu Ienco, I’m a Native American/Canadian guitar player and composer based out of Nanaimo, British Columbia. I have been playing guitar since the age of eight and have been writing and composing music since I was about thirteen. My music takes inspiration from genres such as rock and jazz and also pulls from the musical styles of Indigenous people of North America.

You have just released your new single, “I Still Shine”, care to tell us about that?

Yeah, so “I Still Shine” is a piece I wrote about regaining one’s self-confidence. To show this, I wrote the track to be an empowering thrill ride with high gain melodic guitar lines and a grooving rhythm section. When the tune gets into the heavy sections with crash cymbals and distorted rhythm guitars I view those parts as an anthem for gaining strength and lifting up one’s self. Stylistically I wanted to balance rock and metal tones with softer jazz chords and fusion grooves.

The single comes from your upcoming debut album, Celestial Desire, what can you tell us about the upcoming release?

My upcoming album Celestial Desire will be released on March 18th, 2022. The record will take listeners on an emotional musical journey exploring themes of desire, regret, and acceptance. It really tells a story of one desiring to become something more and ultimately stepping into who they are meant to be. “I Still Shine” is the first step of that story as the journey begins with building their strength. Musically, this album takes a lot of inspiration from rock and jazz. But you will also hear tracks that contain traditional Indigenous instrumentation such as drums and rattles to pay homage to my heritage. At its core, however, this is a melodic guitar album from start to finish.

You have also unveiled a video for “I Still Shine”, what was the highlight of the video shoot?

The highlight of that shoot for me was definitely the spontaneity of it. I worked with Vancouver Island production company Knight Studios and they were fantastic! We were able to try different things the day of shooting and we just had a blast doing it. In fact, one of the prominent shots of the video which contains me at a beach on Vancouver Island was added at the very last second of that shooting day. I also can’t mention this video without giving thanks to the First Peoples Cultural Council for funding it!

I think one goal, in particular, I have for 2022 is to perform my original music live outside of my own province. This is of course a harder goal these days due to the ongoing pandemic but whether it’s a one-off show or part of a tour I look forward to playing these tracks live to new audiences.