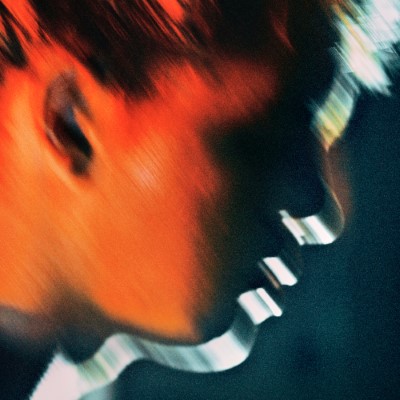 After snagging, among a slew of other accolades, the 2020 Francophone Album of the Year Juno for his debut La nuit est une panthère, Quebec’s Les Louanges follows up with a superb construction of songs that will surely keep him in the running for future such considerations. Crash is a bright showcase of alt-pop with notes of jazz, R&B, and more.

Sudden shifts and occasionally complex instrumental compositions lend an element of unpredictability to the singer-songwriter’s ever relaxed vocal style, making for something accessible while consistently stimulating. Its biggest thrills are in the often unexpected interplays of style that its experimentation allows for, like the trilling saxophone and rapped words in the bridge of the otherwise loungy “Bolero,” or how stilted beats and synth come together in a way that imbues “Qu’est-ce que tu m’fais” with such an entrancingly grimy rhythm to dance to. The contrast between various songs is likewise a delight. For instance, “Facile” is one of the more instrumentally subdued tracks on the album, but memorable for the especially earnest tone of the vocals in its chorus, whereas the subsequent “Chérie” has a whole lot going on in general, conjuring 80s vibes with its deep bass, reverberating drums, spacey keys, and lush backup singing.

Spring seems to have come early to Canada with this warmest of offerings from Les Louanges. So thaw those feel muscles, break out your grooving shoes, and shake off any lingering winter blues with Crash. Très magnifique!