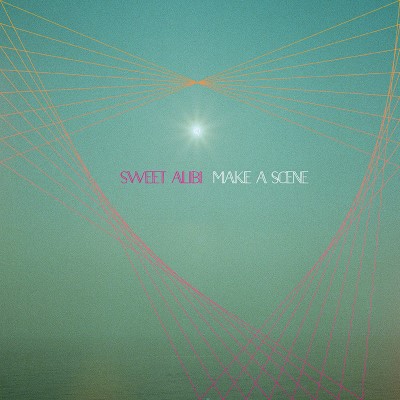 On Make a Scene, Winnipeg trio Sweet Alibi may not do exactly that in a raucous sense, but they do create flawless folk and roots-pop filled with oomph galore. From song to song throughout the album, you can expect snappy rhythms, clean guitar picking a la Bahamas, and vocals often beautifully harmonized three ways, with additional interspersed layers of varied instrumentation to punctuate and underscore it all.

With its catchy vocal work, the album’s title track is certainly a great place to start, though “Slow Down” features some of the best harmonies of all, as particularly striking during its final chorus. Coinciding is that song’s lyrical take on the frenzied pace of modern Western society when it comes to consumerism, productiveness, keeping up with trends, etc., while similar sentiments can be heard in the words of “9-5” about the exhaustion of having to keep on working to simply keep alive. But perhaps some of the most memorable lyrics are those of the playful and horn-heavy chorus in “Confetti”: “Be confetti at the funeral, made of money; we’ll be fun for all.” Also worth a mention of its own is “Really Great,” which really is. Its relaxed pace and synth adornments sure do make it sparkle; it’s quite a pretty song in general.

You might take the album title literally yourself. Get up, blast it, and go and dance your heart out. Enjoy making a blissful scene to the sweet, sweet sounds of Sweet Alibi.