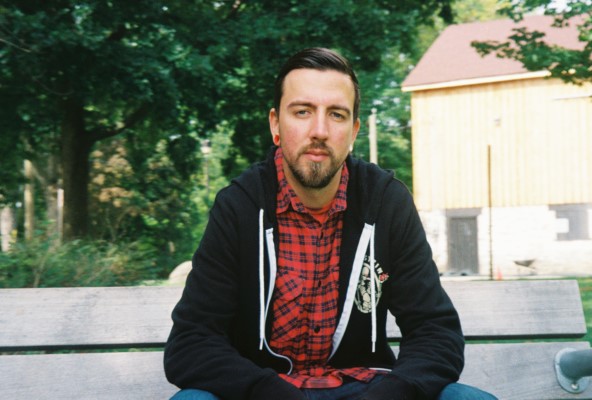 Taylor has been playing shows for over 8 years now, and this album is an accumulation of the songs he’s written over that time span. The album is a walkthrough of Taylor’s life, and some significant moments he’s had to live through. Between dealing with the loss of his parents at a young age, coping with depression, anxiety, and OCD, battling with losing loved ones, and gaining new relationships along the way, this album takes you on a rollercoaster of emotions.

Check out the album below, and find out more about Taylor via our mini-interview.

My name is Taylor Simpson, I’m 28 years old. I grew up in Peterborough, Ontario, but now live in Toronto. I’ve been playing music since I was 13, starting with guitar and then slowly getting into singing, drums, bass, keyboard, and harmonica over the years. I’ve been in a bunch of bands throughout the years, playing multiple shows all over Ontario. I just recently started up my solo career again and I’m very excited to be releasing my debut album. I am a huge mental health and suicide awareness advocate. Most of my songs encompass a little bit of that. I deal with my fair share of mental health illnesses and want to create a safe space for others dealing with similar issues, through my music.

You have unveiled your debut full-length album, Learning To Live with Precious Time. What can you tell us about the writing and recording process?

Well, I can tell you it took a long time. Over 7 years for that matter. This album is a collection of songs I’ve written over the past few years, while I was playing shows and trying to make a name for myself and my career. I finally made the right connections and saved up enough to record this collection of songs that I felt so strongly about. The recording process was so much fun and very cathartic. It was quite the journey to get this done, so to summarize, it was recorded in 3 different studios over the course of 2 years. Covid happened right around the time I had just started to record the album. So it definitely threw a wrench in my plans. But my producer Adriano Loparco (of Stone Roof Studios) and I made it work and finished off the album. We are very excited for it to be coming out finally.

You have stated that the album serves as a walk-through of your life, and takes the listener on a rollercoaster of emotions. Care to elaborate?

Yes, it’s funny, I never set out for this album to be a concept album. It was in pre-production that my producer (Adriano) and I sat down and really thought out these songs and what they meant, plus figuring out the tracklisting and how they would flow from start to finish in an album format. Wherein we discovered the concept, the album tells the story of my life’s journey until now. Each song on the album represents a memory or an event in my life that I had to go through. Leading up to where I am now in my life. It starts with the loss of my parents at a young age, then goes to dealing with all my mental health struggles, losing relationships, and gaining new ones. Hence that ‘rollercoaster of emotions’, sentiment I discussed. Some moments were scary and sad, other moments were exciting and happy. Imagine your life broken down into highlights and lowlights and summarizing all the important factors that have led you to this current state. That’s what I was trying to capture with this album.

You have already released three singles from the release, “Pretending”, “Drifting”, and “Take My Hand”. How did you choose which songs to release as singles?

That’s a really great question, it wasn’t easy, to say the least. I kept going back and forth on certain songs. Overthinking things and so on. I finally landed on these 3 because I just feel they captured the essence of the album the best. They really showcased all you can expect from the album, but at the same time not give too much away.. if that makes sense haha. I believed in the energy of these tracks to show off what people can enjoy about this album and of my life’s story within it.

I have a wonderful band that will back me up live now, so I plan on playing a lot of shows this year! Hopefully, shows can happen soon! So catch me at a show and come hang out with me. I also plan on recording an EP in March/April and releasing that sometime later this year. So lots of new music this year from me as well. Just want to say a huge thank you to Canadian Beats for featuring me and to everyone who listens to my album or comes to support me at a show, I love you guys!