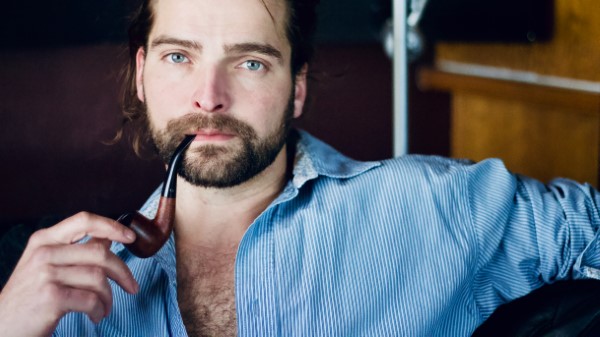 Calgary, AB-based musician, Jesse Murray has unveiled his debut single, “A Dream Within a Dream” along with a video to accompany the release.  The video clip was filmed in Drumheller, Alberta, by videographer Nick Caron (Bebe Buckskin, The Liquor Store). It features images of a massive lonely wolf captured in James Bay, Quebec, in the early 2000s.

The single was recorded in his ongoing collaboration with multi-instrumentalist and sound engineer, Emre Cords, who has worked with the likes of AC/DC, Jimmy Page, Daniel Lanois, The Tragically Hip, Blue Rodeo, and more.

“A Dream Within a Dream” is a bilingual song, which refers to two cultures. The verses are in English and his chorus is in Spanish. Jesse did not want to hide his French accent to create a special atmosphere that refers to his French Canadian origin.

Check out the video for “A Dream Within a Dream” below, and find out more about Jesse, and the new single via our mini-interview.

I was born in Northern B.C but I grew up in the Gaspe peninsula of Quebec with the maple cabin, chainsaw, cross-country skis, close family, and all the perks! I’ve been living in Calgary for 17 years now. I have been writing songs and inspired by classical literature since my early teens.

I decided to launch my career after getting a great team together. There are so many aspects and specialties around the music industry. Playing with Emre is out of this world; he is such a professional. At this point, I just bring him new songs and sit back and be grateful.

You have just released your debut single, “A Dream Within a Dream”, what can you tell us about the release?

Well, I did not do much. I wrote that song 2 years ago already. Frankly, there is so much momentum going it seems like all is finally going into place. I am surrounded with blessings and synchronicities. My second name is Lucky, have I told you that?

But yes, when I was invited to a wedding in Mexico in 2019, I had already been contemplating “A Dream Within a Dream” for some time. I felt a bit emotional, as I was by myself. I grabbed my guitar and wrote the chorus “Lobo solitario en Mexico”. Back at the recording session, Emre created a beach-style guitar riff and the essence of the song was born: a blend between Poe’s questions on life, meaning, and relationships, and the lonely French Canadian wolf walking on the beautiful shores of Mexico.

The single is inspired by a poem by Edgar Allen Poe, care to elaborate on that?

Well, I feel that there is a myth about Poe: his demeanor, his collaboration with Charles Baudelaire, another famous poet of the 19th century. There’s something frail, sensitive, and genuine about him but also, profound, practical, and mysterious. I love the rhythm of his poetry. I am also fascinated by the pictures he paints and the themes he uses: love, time, and death…

There’s an accompanying music video for the release, which you filmed with Nick Caron in Drumheller, Alberta, what was the highlight of the shoot?

It was freezing! The idea of the video came gradually and fluidly. I just had to wake up at 5 am and show up and follow Nick. So, we got there in the early morning twilight. The initial plan was to do one take, Yellow by Coldplay style. The terrain was so rough; slippery and uneven. Nick tried his best not to fall and follow the script written by my brother-in-law, as best as possible. We did 4 or 5 takes and at the end, the sun was all the way up. I found the contrast of the cold desolate landscape. The solitary wolf on the beach in Mexico was now shooting a video at -20.

Keep writing songs. Creating has become essential for me. It gives my soul meaning. On top of all the orders, aspects, and responsibilities in life. Collaboration with other artists would be fun! For now, I want to work with Emre for a long time. Every time I go in the studio with him it’s better than a hundred sessions with a psychologist. Incredible the magic that happens in there! It’s the meaning of life: creation and fun! Stay tuned…we’ll have an album in the fall and more singles will be released until then.