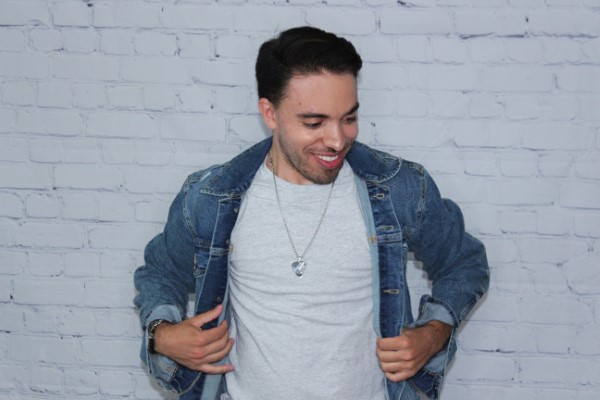 Toronto, ON-based country singer-songwriter, Peter Peres has unveiled his new single, “The First Time” from his upcoming EP, which will be released this spring. He’s working with well known producer Shawn Moore on the release, and I’m sure, it’s something you won’t want to miss.

He has also recently unveiled a music video for his previous single, “Sold”, which you can check out HERE.

Check out “The First Time” below, and find out more about Peter via our Five Questions With segment.

Hello everyone, my name is Peter Peres and I’m a Country singer/songwriter from Toronto, Ontario. I have been doing Country music for about six years now but started taking it more seriously the past two or three years. When I first started getting into the music scene, I started more as a Pop singer but then slowly made the transition over to Country. I started releasing music again last year for my upcoming debut EP and the first single from it “Sold” hit Canadian Country Radio for the first time and also hit Top 45 on SiriusXM. During that time, I released my other single “Let You Go” and have my next single “The First Time” coming out on January 28th. I guess you can say that music has always been in my life. Even as a kid, I was always able to memorize and sing back all of the theme songs from my childhood TV shows. Even my parents noticed I had a passion for music at such a young age. Fast forward to 2013, I met my vocal coach Laura Cavacece and was taught by her for about six years which led me to be the artist/singer I am today.

When I started getting into the Country Music scene, I started listening to artists like Brett Young, Jordan Davis and Hunter Hayes and they were all big influences on me doing Country music myself. I was also able to mix in my previous Pop style with my current Country style. My writing is also very similar to them as well which is why I instantly connected to them. I am big on emotion telling the story and making it relatable to the listeners. I take a lot of my past experiences with life and relationships and apply them to my songs.

Doing a bunch of writing hahaha. I started working on my debut EP before the pandemic started and unfortunately, once it did, it slowed down the process of my EP so from that, I connected myself to many different indie Country artists around Canada and started writing with them. I even joined Cuttable which is a platform to connect artists, songwriters, and producers around Canada. Overall it’s been really fun getting to write songs for myself and other artists as well. I’m also in the process of working on my merch which I hope to have available sometime around the summer. Aside from music, I also have a background in Graphic Design and Video Editing so when I wasn’t writing and making music, I was busy editing promos and covers for my songs.

As much as I love my song “Sold”, I would definitely suggest my recent single “Let You Go”. It’s more on the Country/Pop/Rock side and I also got to showcase a different side of my voice that came naturally during the recording process of the song.

Shania Twain is definitely a big one. She was one of the first Country singers that I was introduced to as a child. I also really enjoy listening to Avril Lavigne, Marianas Trench, Shawn Mendes, and Alessia Cara to name a few. Then there are the Canadian Country artists that I also listen to like Dallas Smith, Dean Brody, and Brett Kissel.