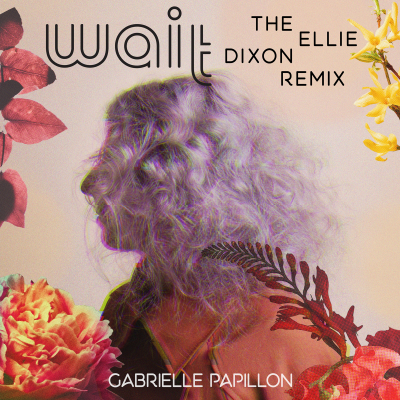 Canadian songwriter Gabrielle Papillon has unveiled her new version of her track, “Wait”, which is the debut remix by Ellie Dixon, an indie-pop wunderkind from Cambridge, UK.

Released as a lead-up to a European tour back in the fall, the smashing remix receives new life in the hands of Halifax-based director Jeff Miller. Teaming up with Maggie Jayne (who Papillon credits as being on of her favourite local designers), set designer Hella Lockheart, and cinematographer Charlie Benoit, the video revolves around a young woman (“a pre-teen me,” Papillon says) whose imagination provides a source of creativity, curiosity, and adventure but also examines how that very same imagination can also spin out of control to create scarier visions.

“I really wanted the video to reflect the whimsy and the magic that Ellie conjured in her production, while also reflecting the fears we can sometimes have that get magnified and become surreal, and make us want to hide away in a blanket fort,” explains Papillon. “Jeff Miller and I have a mutual love of Wes Anderson’s films and especially his aesthetic. We were keen to make a video that would be like a little short film, and have a whimsical, quirky, wanderings of a daydreamer feel to it, and I wanted to do that without physically being the central actor in the video, plus, it’s a sneaky way of doing what I’d love to do for someone else some day, which is score a film.”

“Gabrielle has a fantastic arsenal of commercial tracks and co-writers that are lyrically relatable and sonically adaptable to the sync world. We are delighted to be working with such a a versatile talent,” says Louis Antoniou of Pure Sync.

Check out the video below, and stay up to date with Gabrielle via her socials.