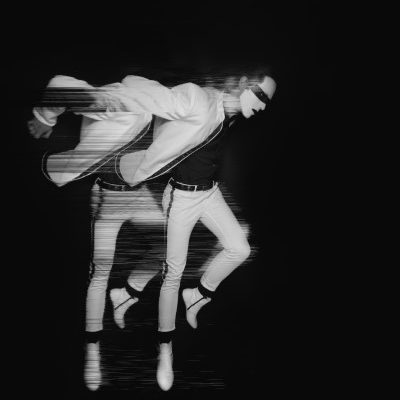 Montreal, QC’s MESSORA have released a new single, “Forever as I Beg”, a follow-up to their 2019 album, The Door.

Listeners familiar with the album will be pleasantly surprised by this new, very long, single, which goes through the whole “album” kind of arc and progression within the single piece of music. You are meant to get the album experience condensed in a nine-minute progressive death metal song.

“It is about being trapped in a self-destructive and self-abusive cycle where your vices control you. The song begins lyrically in the valley of the cycle, where the character is in-between self-destructive bouts and is just dealing with the aftermath of their behavior. As the song progresses the lyrics turn darker and read as if there are two characters, an abuser and a victim, even though there is only one individual. The music darkens to reflect this. Towards the end of the song the lyrics are entirely from the point of view of the “abuser” as the music reaches its dynamic climax.”

Dean continues to explain that “Forever as I Beg” is the fully matured version of the sound Messora was exploring and developing on The Door and now that Messora has taken its “progressive death metal” sound to its peak, the band will be exploring different styles in the future. As a very aesthetically driven band, they put a lot of care into creating a unique aesthetic and atmosphere for their live show. It’s all about cool outfits and red lights.

Check out the lyric video for “Forever as I Beg” below, and find out more about MESSORA via our Five Questions With segment.

My name is Zach, I’m the guitarist, vocalist, and primary songwriter of the progressive death metal project Messora. I currently live in Montréal.

I try to blend the darkness and atmosphere of death metal with the mindset of 70s prog music. I think that I approach songwriting in a different way from many artists in the same category or genre as me. In general, my goal is to create music that is very dark and hellish. Death metal just happens to be a good way to achieve that sort of atmosphere, but it isn’t the only one. I don’t really strive to make metal music, I use its sounds and aesthetics as a part of the larger goal of evoking dark and negative emotions.

The pandemic has actually afforded me a lot of time to be creative. Especially in the first few months, I would spend the mornings trying to find new bands and new genres to listen to, and in the evenings I would be working on the new Messora album. I think that my musical repertoire doubled in the first six months of the pandemic. I also wrote the whole new record in approximately that time.

I would absolutely suggest listening to my new song Forever as I Beg. It’s the best representation of the sound I was going for on The Door, and it’s got so many of the elements that make up the sound of the band. It’s soft, it’s heavy, it’s slow, it’s fast, it’s got it all.

At the moment I cannot stop listening to Montréal’s Chose Sauvages, mostly their first album from 2018. They’re sort of a dance-pop/funk/disco-ish band? It’s very very well written and produced. It’s all in French, but don’t let that dissuade you if it’s not your native language. Also from Montréal is Jerusalem in my Heart. I saw them live a few weeks ago in November, and I don’t think I’ve ever been as emotionally affected by a live performance. Their records are super interesting and worth checking out, but the live show is absolutely spiritually bludgeoning. Over the summer I was also listening to Hubert Lenoir like crazy. It seems I have a preference for Québec.