Said The Whale releases new single, “Return To Me” 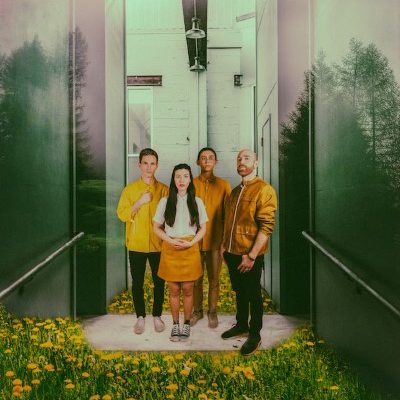 Vancouver-based, Said The Whale have released their brand new, stand-alone single, “Return to Me”. They have also announced the DELUXE edition of their new album Dandelion, will be released via Everything Forever on February 11, 2022. The deluxe edition of Dandelion will feature “Return to Me” as well as a remix of their chart-topping lead single “Honey Lungs” created by US “tenderpunk” artist illuminati hotties and three alternate versions of tracks on the album including “Honey Lungs”, “Show Me Everything” and a version of “99 to the Moon” fit for the most tender of romantic moments!

Said The Whale let their creativity run wild with Dandelion, gradually writing songs through a series of happy accidents, spontaneous experiments, and lush overdubbing. Some songs were carefully cultivated at home and then brought to life in the studio; others blossomed on the spot, with little forethought. There was no grand design other than: if it feels good, keep going.

Check out the single below, and find out more about the band via their socials.

The band will launch their Dandelion Tour across Canada this March including a three-venue residency in Vancouver, BC from March 24- 26 – as a follow-up to their most-attended headlining show at the Malkin Bowl in 2019. The full list of shows are noted below.