Home / Interviews / Five Questions With I Am The Mountain

Five Questions With I Am The Mountain 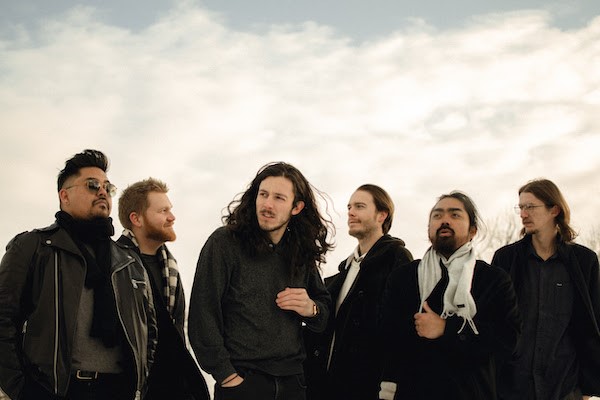 Calgary, AB-based indie rockers, I Am The Mountain has unveiled a video for their new single, “Overthinking Conversations”.

“Overthinking Conversations” is an epic slow-burn track that addresses the power of community when feeling alone and stuck in your head.

“’Overthinking Conversations’ speaks to the uncontrollable automatic process that clouds our minds on a daily occurrence,” says vocalist Colton O’Reilly. “The song is a deep dive into the concept of getting stuck in your own head while over-analyzing social situations, and the difficulties of being yourself, even with your own friends. If you’ve ever been caught up in your own thoughts, just know your friends still accept and care about you because they’re probably overthinking everything, too. The full version of the song has three movements, beginning with a softer emotional ballad, to the heavier rock and lyrical section, finishing with a full orchestral reprise.”

The single, which clocks in at over 8 minutes is not your typical indie-rock song, and although the band did release a radio edit, they decided to use the full version for the video!

Check out the video for “Overthinking Conversations” below, and find out more about the band via our Five Questions With segment.

My name is Colton O’Reilly and I am the songwriter and lead vocalist for I Am The Mountain. We are from Calgary, AB, and have been playing together for around 8 years. I met my bandmate Keath at the University of Calgary where we were in the symphonic band together. We began playing small cafes and bars and most recently in 2019 we toured Western Canada and performed multiple sets at the Calgary Folk Festivals 40th anniversary.

We are a blend of many genres from Rock to Jazz and Soul. We come from a variety of backgrounds; classical, jazz, self-taught and are a bunch of music nerds. I enjoy writing lyrics about my life which includes my family members and observations from normal daily life. Writing music is fun and exciting, it never comes out the same way twice (at least for myself). Some songs are free-flowing and come out in minutes, while others fester and brew for years, and even then they’re not ready. I always hold onto every word/idea that comes out, just in case I can use it or adjust it in the future.

We have tried playing a few live-streamed shows and any artist will tell you it’s nowhere near the same. So we have taken a slight break from performing live and focused on recording and writing. We were able to record two songs over the pandemic and are set to release the first one at the end of January 2022 and the next one in the spring. We recorded a music video for our song Overthinking Conversations which is an 8.5 minute short film/skate film style video, which is set to premiere at the Globe Cinema on the big screen. I am also an elementary school teacher so I have been constantly adjusting my practice to fit within the guidelines and that has been quite the challenge.

I love our new song “Overthinking Conversations” as it is a long ballad filled with dynamic changes and an overarching message of letting go and to stop thinking so much about how you and others around you are acting. It’s about acceptance.

If you want something a bit more digestible check out “Denigrate” or “Motorcycles”.

If I had to choose one single band it will, and always will be Typhoon. Although they are not Canadian they just have to be noted. Kyle Morton’s lyrics are some of the most thoughtful and profound words I’ve ever heard and their musicianship blows me away every time. Some of my favourite Canadian artists include Dan Mangan, Aidan Knight, Alexisonfire, Luna Li, Peach Pit, The Velveteins, and Hey Rosetta!