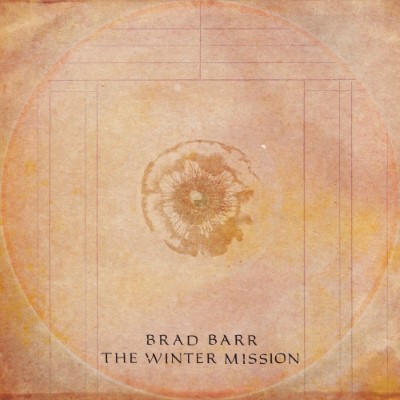 Brad Barr – the lead singer, guitarist, and songwriter of The Barr Brothers and The Slip – shared the haunting video for his new single “Two Hundred and Sixteen.” The track is the latest song to release from The Winter Mission, Barr’s brand new instrumental solo guitar album, which released on January 21st through Secret City Records.

Directed and filmed by his wife Brigitte Henry, Barr stated,

“One of the most rewarding aspects of releasing this record is the opportunity to collaborate again with my wife, multi-media artist Brigitte Henry, who designed the cover art for this new album. Her touch is unmistakable and has played an important role in the Montreal arts and music community for the last two decades. Her process is always about discovering a new analogue approach to explore and reveal the mysteries of the natural world. So when she suggested that, for this video, we take a walk in the forest with a cluster of old audio tape, a piece of string, and a flying camera, I put my boots on.”

“For me, the song Two Hundred and Sixteen is the centerpiece of the album” continued Barr. “It contains all the themes and tenor that I set out to impart. The video was shot in Sutton, QC in the fall of 2021. Brigitte was really able to convey the gauche, Arcadian ramble that characterizes this song. And I think I did a pretty good job in my role as man-beast walking alone in forest following thread towards secret world of mystic numerology. We hope you enjoy watching.”

“Two Hundred and Sixteen” follows the release of lead single “Ancient Calendars,” which Barr described as a reference to the significance of the number 216 in the ancient Mayan Long Count calendar, more specifically, “how a single cycle, or ‘age,’ consisted of 2,160 years. It’s also believed that the entire calendar of five great cycles is equal to 2,160 orbits of Jupiter.” The track has earned praise from the BBC, Brooklyn Vegan, Glide, and Jambase among others.

For more than 20 years, Brad Barr has been counting the number 216. It’s a mysterious number that seems to show up everywhere—from clocks and licence plates to Ouija boards and receipts—and now it’s also sewn the fabric of his new album, like the 216 stitches on a baseball. Inspired by artists like Caetano Veloso, Mississippi Fred McDowell, D’Gary, and John Frusciante, Barr set out to make music that was naked and unprocessed, but also occasionally loud—alive with a sense of wakeful intimacy. The number 216 was a constant theme. The guitarist first encountered the so-called “magic square” during a teenage acid trip; in the years since then it’s become a talisman—one of the few areas where Barr feels mystical, sensing a genuine order in the universe. These songs pay tribute to that order—from 216’s lofty mathematical and astrological properties to its function as an area-code (for Cleveland).

Barr spent decades developing his visceral approach to the guitar, first with The Slip and then across three records with The Barr Brothers. The Winter Mission—the follow-up to The Fall Apartment, Barr’s 2008 solo debut—had its origins in a commission from Michael Wolk, Artistic Director at New York City’s All For One Theater. It “felt like a gift,” Barr recalls—to have a sound he could explore all by himself, away from the road, during COVID’s strange intermission.

“I discovered a magic record a while back: The Fall Apartment by Brad Barr,” stated Wolk. “I knew Brad was one of the fabulous Barr Brothers – but this was something altogether different – this was Brad’s extraordinary solo instrumental voice. When AFO sought distinctive music to introduce and accompany our events, I thought immediately of Brad. Turns out, Brad was bottled up with brilliant but unassembled solo guitar masterpieces, and my request was all that was needed to uncork them! So, here, thankfully, is more of Brad’s beautiful, brave, and extraordinary solo guitar.”

Check out the video for “Two Hundred and Sixteen” below, and stay up to date with Brad via his socials.