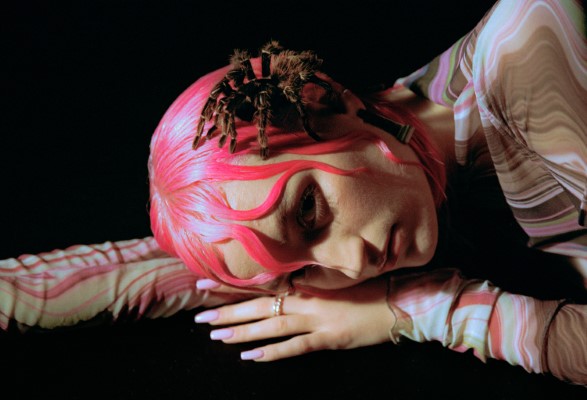 Toronto, ON-based singer-songwriter and multi-instrumentalist GRAE has unveiled her new single, “Room In The Desert”, along with an accompanying music video. On top of this, she has also announced the release of her debut LP, Whiplash, out April 15, 2022.

With “Room In The Desert,” GRAE does what she does best and that’s mix wistfulness with modern malaise. Stemming from a period of despondency and fluctuation, the development of “Room In The Desert” derived from GRAE channeling creativity from the Cocteau Twins’ 1990 track “Cherry-coloured Funk.” When it came to the production for her single, GRAE set out to relocate from her past sonic tendencies. The impact behind the band’s enigmatic lyrics led to GRAE crafting her own sonically trippy endeavor where people could find their own meaning behind her song’s ambiguous undertaking.

GRAE shares this about the song,

“’Room In The Desert’ was written on a day when I was lacking inspiration. I came into the session with my producer Connor Seidel not knowing what to write about and instead of trying to fight that feeling, I embraced it. I decided to write a song about nothing, from nothing, using some random and interesting words we could find. At the time of writing, it had no real meaning, which was the intention, but now I actually find meaning in it which is interesting. I hope those who listen are able to find their own unique meaning too.”

The music video for “Room In The Desert” was directed by Gemma Warren and serves as a hallucinatory fantasy with desert creatures such as a snake, tarantula, and Amazon parrot appearing in the clip.

“The music video is everything I could’ve dreamed of. Gemma’s creative vision from the start was really strong and I trusted her artistic direction a lot,” shares GRAE. “We wanted to create a trippy video that complimented the psychedelic production of the song, something that could bring the song itself to another level. I think the video really captures that and helps create an experience for the listener.”

GRAE also expresses this about her upcoming album,

“My debut album ‘Whiplash’ was born during a time of confusion and indecisiveness. Falling in and out of love with people I thought would be in my life forever but found myself desperately trying to forget. Did I love them, hate them, want to remember them or forget them? I was drowning in the nostalgia of a past I romanticized, while coming to terms with the truth of it all. The album is so back and forth in emotion, but so am I. That’s how the title ‘Whiplash’ came to be. When you think you understand where I’m going with something, the mood changes and everything is back at square one. It’s an album filled with so much self reflection, love, heartbreak, and discovery. Just like anything I write, it was really therapeutic for me to get these feelings out. I’m looking forward to the release, as creating an album has always been a goal of mine and finally putting one out there is really exciting.”

Check out the video for “Room In The Desert” below, and stay up to date with GRAE via her socials.