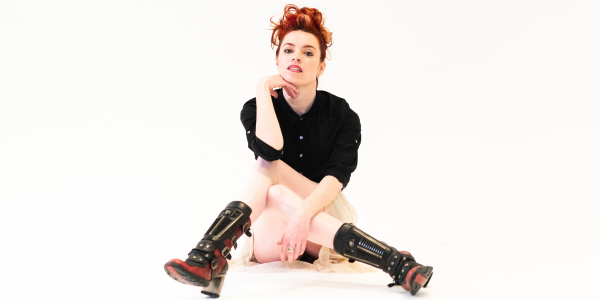 Edmonton, AB-based Irish-Canadian rocker, 0Stella is back with her debut LP Freefall, which is produced by Devon Lougheed. The first single, “Glitter on the Dancefloor” has been unveiled via Dead Doll Records.

0Stella’s usual alt-rock Irish fusion has sidestepped and landed on an infectious mix between Alternative Rock and Top 40 for this track. Written with Juno nominated producer Brad Simons, 0Stella brought the track to Devon Lougheed in January 2021. The two embarked on a year-long long-distance recording session between Edmonton and Toronto to create two concept albums, Freefall (2022) and Skyward (2023).

“In the summer of 2020 I didn’t want to write about the year we were having. I focused on what I was looking forward to: closeness, dancing and sweat. I was inspired by memories of moshpits and my favourite gay clubs I used to go to in Dublin and London’s Soho. ‘Glitter..’  is an indulgent momentary escape from the world around us.”

Check 0ut “Glitter on the Dancefloor” below, and find out more about 0Stella via our Five Questions With segment.

I’m 0Stella, an Irish fusion alt-rocker from Edmonton, Alberta. Originally from Dublin, Ireland, I’m a zero waste advocate, hence the zero in my name. I took the name from one of my favourite PJ Harvey songs. On 31st December I released Glitter On The Dancefloor, the first single from my upcoming debut LP, Freefall. Glitter On The Dancefloor was co-written with Juno nominated producer, Brad Simons and produced by Devon Lougheed. In keeping with the zero waste theme, I’ll be doing a solo cycling album tour across Canada this spring, cycling west to east.

I’ve been fascinated with Irish acts like The Frames and Imelda May that blend traditional Irish instrumentation into rock. I spent my art college days going to see bands like Yeah Yeah Yeahs, Garbage and Moloko and have always been happiest attending live shows. My writing can often be socially conscious and confessional. I love grungy guitars, soaring fiddle and a great hook. Anything that makes me want to cry, dance or b-line for a moshpit.

My song Pandora had dropped on Friday 13th March 2020 so I was on tour when the pandemic started. Brilliant luck! I found myself in the middle of Jasper on St. Packrtick’s day busking to people scurrying back and forth like it was the end of the world. I felt like one of the musicians on board the Titanic as it was sinking! I then released a reimagining of my song, Fire as a collaboration with Irish artist, Callistan. From that song sprang the idea to host a podcast on Instagram called Imperfections, as an opportunity to dive deeper into the themes explored in the song. We also featured local Canadian or Irish artists on the show. That podcast culminated in a 16-act online Christmas fundraiser show for the homeless and the lineup featured well known Canadian acts like Skye Wallace, Goodnight Sunrise and Shred Kelly.

In 2021 I recorded a concept album which is split into two smaller records, the first of which is coming out this year called Freefall. That entire process took a year of long-distance recording between me in Edmonton and Devon Lougheed in Toronto.

Linen. It’s got a stunning minute-long fiddle introduction and was written to commemorate all the survivors of the Magdelene Laundries in Ireland which had stark similarities to Canada’s residential schools. This song is about overcoming the impossible and bringing dark truths into the light.

I’m simply obsessed with Skye Wallace, Megan Nash and Sleepy Jean. They have all released new music this year and I’m just delighted. Similarly, I cannot wait for more Queens & Kings to drop. Canada is brimming with amazing new talent. I also love to get dark and sombre with a Heather Valley track now and again. Nothing like sad, whispy country.