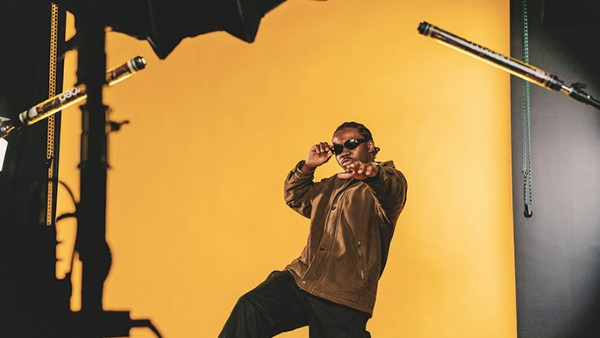 Banggz sounds like a seasoned vocalist in his newest single, hinting at this musician’s expertise when it comes to producing. Banggz often approaches his music endeavors singlehandedly; responsible for writing, performances, and production, Banggz uses his ever-growing catalog to showcase his prowess when it comes to executing a project.

Drawing inspiration from multiple genres of music — including hip-hop, afrobeat, jazz, and funk to name a few — Banggz uses this inspiration to further his connection to his childhood roots.

“I was drawn to the hook ‘If I am fly and you are fly then who’s the pilot?’. It refers to the plethora of rappers making music and separates me from them.” The atmosphere that Banggz generates in his production style, coupled with his ever-growing level of professional experience, indicates that this rapper can walk the walk.

However, it’s not all hard-talk for Banggz. In fact, he reflects a little on his own life in “Who’s Gassing Who?” while expressing a bit of vulnerability. “In the second verse, I tried opening up more about my life outside of music and what I struggle with. The verse, ‘I am not afraid of anything or anyone but college’ shows that I believe my aspirations are likely to come to fruition beyond the four walls of a learning institution.”

Check out the video for “Who’s Gassing Who?” below, and find out more about Banggz via our mini-interview.

I’m Banggz. My friends say Big Banggz to gas me up. Some people call me Computer Boi because before I learned to play the keys, I made all my songs fully reliant on software.

I’m a musician, a rapper, producer and a dreamer. If not for music, I would just be a 22-year-old with many stories, fictional and factual, with no audience to tell. Luckily, I started rapping at the pretty young age of 9 and my interest in production followed years later.

Tell us about the making of “Who’s Gassing Who”. What started the writing of the song?

I was daydreaming about a world where the music that a person created was considered first and foremost before the actual person. I started asking myself and my friends questions about making music in these times where attention spans are short and rappers have to figure out less creative ways to be noticed. Unfortunately, I left the conversations with more questions than I started with and “Who’s Gassing Who?” was one of them. Now that the song is birthed, there’s multiple meanings that can be unpacked but I was really wondering what’s right and what‘s wrong in terms of approach. Then I made a really cool song.

What’s it like growing up in Nigeria? When did you move to Ottawa and why?

I moved to Ottawa in 2017. I lived in Vancouver with some of my friends for a year before we moved over here for school. Prior to all that, I lived in Lagos, Nigeria. Lagos was great and It definitely is still my home. I didn’t know much outside of Lagos so my parents had a bright idea for me to school abroad. I have a song called ‘Jostice’ where I pretty much summarize how living in Nigeria shaped me. The song feels as as great as the experience was.

What’s the best part of living in Canada?

I’ve noticed that Vancouver and Ottawa are like a melting pot of different cultures. There’s a lot of people who, not unlike me, have backgrounds outside the country. It’s a cool learning experience to talk to some of these people and learn about their backgrounds. It’s also cool to see at the shows we host. I can look in the crowd and see faces from all over the world. That’s a good feeling.

I’m listening to Belema, Chyme, Kwado, Jae, KAR33M and Asuquomo. If you don’t know them, then you should take a listen. Spiritual sounds.