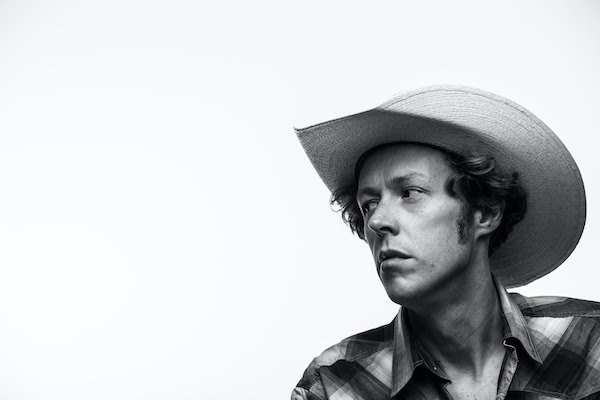 In the words of Montreal’s favourite alt-country crooner, Li’l Andy, making a music video is always a lesson in how the moving image can make you look way cooler than you are. His fans would undoubtedly disagree, but it’s hard to argue that Li’l Andy’s new video for the song “Out On The Old Highway” portrays him in a much more visually striking setting than ever before. It’s fair to say that it also shows him living up to his name for the first time.

“Out On The Old Highway” appears on Li’l Andy’s 2019 album All The Love Songs Lied To Us, but work on the video was delayed due to scheduling conflicts with director Nasuna Stuart-Ulin, one of Montreal’s busiest photographers and videographers. Working in conjunction with Andy, dancer Bettina Szabo, and special effects designer Dustyn Lucas, Stuart-Ulin meticulously constructed “Out On The Old Highway” through a combination of CGI effects, green-screening and rotoscoping.

“Think of me walking on the moon. Or of the most graceful James Bond opening credit sequence you’ve ever seen (but starring me instead of Daniel Craig.)”

For Stuart-Ulin, her primary inspiration were the contours of her own body, along with Surrealist photo-collage techniques from the 1920s, which she adapted to film. She says, “The most gratifying projects are a collaboration, and this was no exception. Choreographer Bettina Szabo expertly contorted herself into a myriad of bodyscapes, filmed at half-speed to give the impression of great magnitude. These served as a base for special effects aficionado Dustyn Lucas, who built a series of matching ramps for Andy to walk on while he sang. In post-production, the resulting overlap seemed to spring off my screen, and there he was — moving across a mountain range in a certain light.”

The video for “Out On The Old Highway” kicks off what promises to be an exciting year for Li’l Andy, as he prepares to release The Complete Recordings of Hezekiah Procter (1925-1930) this Spring, an ambitious album of original material by the fictional title character, recorded with technology of the time period, and accompanied by a book telling his life story. More information will be forthcoming!