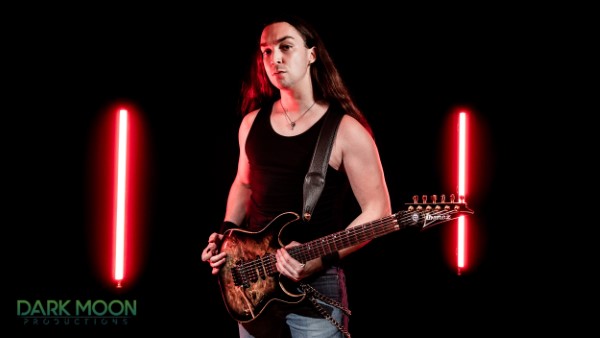 Primalfrost, which was formed in 2012 by Canadian musician Dean Paul Arnold at the age of 15 has released a new album, Lost Elegies, amidst the COVID-19 pandemic and lockdowns.

Dean teamed up with Jonathan Lefrancois-Leduc for mixing and mastering, as well as Jan Yrlund for the artwork.

The eight-track release was unveiled on December 28, 2021, and can be heard below, and you can also find out more about Primalfrost via our Five Quesitons With segment.

My name is Dean Arnold, I’m a 25-year-old musician from Toronto, Ontario. Primarily a guitarist, I’ve performed in almost 40 countries across 4 continents, most recently touring Europe with Belphegor. I’m also the sole person behind the music of Primalfrost, my band for which I’m the sole multi-instrumentalist, vocalist, and composer/producer. After a brief hiatus, Primalfrost is back with a new full-length album entitled “Prosperous Visions” which I’ve independently released and funded myself, and am on the prowl to get the word out and promote it to the world.

Primalfrost is best described musically as “Epic Metal” taking influence from melodic death metal, symphonic/neo-classical, shred guitar, and more. I’ve learned over time to write via recording and not tabs/guitar pro. Doing so has allowed me to make music with more feel and write ideas that flow naturally and feel right to me, especially in the context of riffs/guitar solos.

It allowed me to get this album recorded! It gave me more time to hone/modify what I needed while tracking this album quarantined at home, to hopefully set it up to sound its best in the end.

The track “Stormbearer” from the new album certainly exemplifies the Primalfrost sound in a short period and is done so in a memorable fashion.

The music of Devin Townsend is certainly up there. There’s unfortunately a graveyard of fantastic Canadian metal that is no longer active. For me, this includes bands like Woods of Ypres, Wolven Ancestry, Kalter, etc.