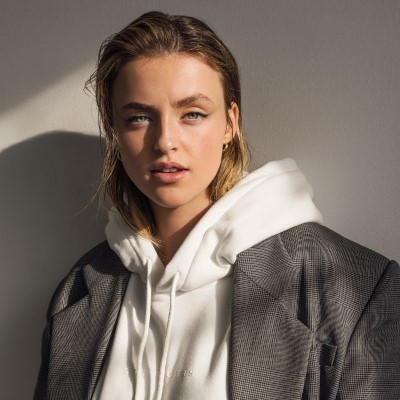 Alicia Moffet’s new single “Lullaby” is a testament to her electro-pop roots with a mix of R&B and her signature soulful vocals.

Moffet’s name first appeared in the Quebec music scene after she took home the title of YTV’s The Next Star, followed by her semi-finalist spot on The Voice Quebec at the age of 15. At 23 years old, Moffet has begun to grow her fanbase, especially after releasing her debut album, Billie Ave, in 2020 — earning over 17 million streams and many social media fans.

Now, with the release of “Lullaby”, Moffet is ready to usher in a new stage of her career. We caught up with her to talk about the new single and what 2022 has in store.

Does it really hit you how much you’ve accomplished from such a young age to the artist you are now?

I would say, yes and no. I am very hard on myself, but when I look back, I’m very proud of how far I’ve come, but also still very far from where I want to go!

How did it feel to release your debut “Billie Ave”?

It honestly felt so good, but it is still bittersweet in a way because I released it in the middle of a pandemic. The launch was virtual, which was super successful with more than 5500 tickets sold BUT there was still a tiny part in me that was disappointed that I couldn’t have my dream album launch in a room filled with people!

You’ve spoken about “Lullaby” being an anthem for you and your fans. Are there any outside artists/songs that you’ve considered your personal anthems that maybe helped lead you to write this type of song?

Very good question! I don’t think there is a specific song that led me to writing this one. There are many songs that at one point were my anthems but it always changes so much depending on what I’m going through and what song sticks to me. I feel like Olivia Rodrigo is a good anthem-writer and love how her songs are straight to the point and just make you feel relieved when you listen to them so I know she was and indirectly inspired me because the song was written in a time where I was listening to her album on repeat.

I was in the studio with my producer and I just had so much frustration that day about many things that were going on in my life. We talked about it and then when we started jamming on the piano I just started freestyling saying “fuck you and you and you” and we just looked at each other and KNEW we were going to build on that idea. Turns out it’s one of our favourite songs ever!

Have you been playing with song ideas or writing any lyrics for your next EP? What does 2022 look like for Alicia Moffet?

We never stop writing! I also wanna keep writing even when I think I have ‘enough” songs! You never have enough songs I feel like! So yes, many songs for many future projects are already written and ready to go! 2022 is a year of releases for me. The last year and a half was more preparation and now we’re ready to roll!