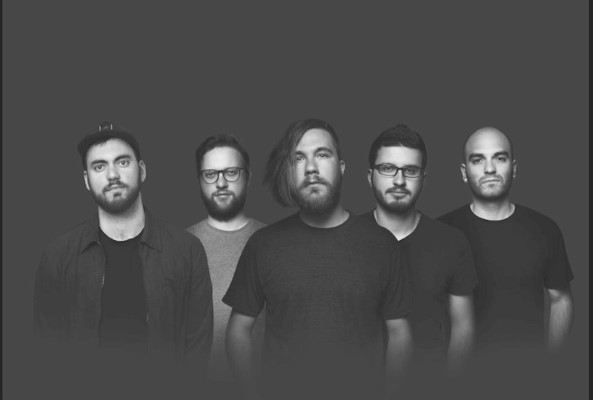 Montreal, QC-based experimental indie-rockers, Ombre! is back with a new single, “Les amours jetables”. The single is from the band’s third EP, Les grands vents, and speaks about a situation that has tormented everyone at least once—dating. Especially in the age of apps like Tinder.

“‘Les amours jetables” talks about the difficulty that we have to settle and be in one couple in the Tinder era. We have plenty of choices, but it’s more difficult to develop a real connection,” he says.

Musically, “Les amours jetables” is an orchestral indie rock movement. Bright, but melancholic lead guitar sets the theme as a deep bass guitar and synth violin back it.

As Dany’s velvety voice leads the sonic exploration, musical stops and interludes build that track. It’s an ethereal and slightly depressing song and was an act of “mini therapy” for Dany at the time of writing it. The outro of the track slows “Les amour jetables,” right down as Dany singles the end is near.

The band also has a live session of “Les amour jetables,” filmed at the Courtyard of Seminary of Quebec, a historical landmark in Quebec City.

Check out the single below, and stay up to date with Ombre! via their socials.