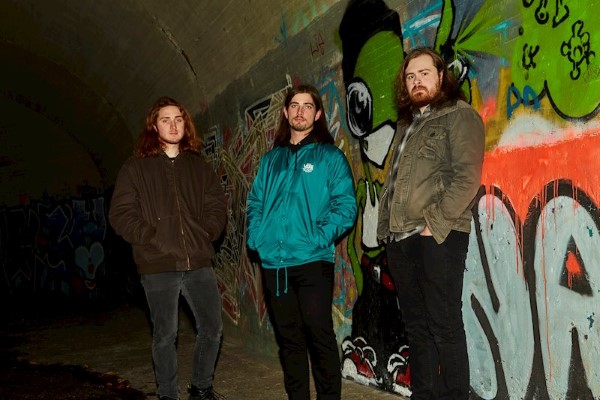 Toronto, ON-based alternative rockers, Ivy Gardens are back with their latest single, “Up All Night”, from their self-titled EP to be released in early March 2022.

“Lyrically, it’s about trying to make things work despite not being able to control other things getting in the way,” Ivy Gardens says.

Right now, such a statement could not ring any more true.

Beginning with a lumbering distorted bend guitar that pays tribute to 90s alt-era bands like Kyuss or Fu Manchu, “Up All Night,” is a heavy and catchy tune that begs for repeated listens. It’s amazing how much sonic variation the three-piece achieves in three minutes. No instrument overstays its welcome and all contribute to the high-octane energy of Ivy Gardens.

The band also released a DIY film music video for “Up All Night”, featuring the three members jamming the tune on stage while shots of them as line cooks at a restaurant splice in and out. The video is shot professionally and anyone who has had a restaurant gig knows the level of control you have while working—none.

Check out the video below, and find out more about Ivy Gardens via our Five Questions With segment.

We are Ivy Gardens, a heavy rock trio from Toronto, Ontario. We have been playing as a band for several years, after meeting in high school. After years of writing and playing together both in a basement and on a stage, we feel we have finally achieved our ideal sound and are ready to put it out into the world.

We make music we want to hear: loud, heavy, and in your face. When writing we try to keep the energy up throughout the whole song, even in the quieter, mellowed out sections. Recently we have been exploring more melodic ideas as well, and trying to fit those ideas into our sound.

As bad as the pandemic has been, we saw it as an opportunity to focus fully on our music and our sound. Without being able to play live, we spent several months refining the music we are preparing to release. Whether during a jam, or while recording, there was always a feeling of improvement in our sound, and making this batch of songs the best we have ever done.

We believe our recent single Up All Night is the best material we have released to date. It takes all the ideas we toiled over during the writing and recording process and brings them all together.