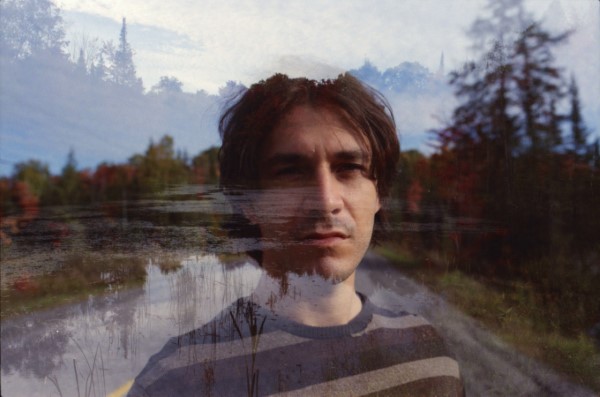 St. Catharines, Ontario-based artist, Arih SK has a knack for writing short, slightly upbeat songs with simple melodies about loss, nostalgia, family, and relationships. Creeping Senescence is SK’s second full-length album in two years. While Ready (his first album), released in 2020, explored endings and beginnings with a full measure of melancholy, the follow-up promises more heartache with a backbeat.

The title, Creeping Senescence, comes from a fireside conversation between SK and his father, who was a biologist and refers to the gradual deterioration of living things (being old or becoming old). Throughout the album, the pendulum shifts between acceptance and resistance, hope and despair.

Recording in basements and garages, campers and vans, SK instills a little of the grit of life into his tracks. SK founded Band on a Couch and plays bass for Stereo Sunrise, Pablo Paddy, and Joel van Vliet. During the 9 to 5, SK is designing and inspecting bridges, and after dinner, he takes his kids down to the park for a swing. Life creeps forward.

Arih shares on the new single,

“I was thinking about Atlas holding up the world. My parents seemed like titans until I got older and saw how hard it was to hold such a heavy thing. Now it’s my turn. I wrote this song while my dad was sick, my best friend was struggling with mental health, and I was getting a crash course in parenthood. I imagined a sort of vacation for us all, somewhere serene and beautiful, but this was pure fantasy. In the real world I have to live with real people and real problems. So I couldn’t stay in the dream, but I’m still torn between running away or accepting the fact that I am getting older, the responsibilities that come along with that, and the long melt of time that will eventually undo everything that I am and everything that I have done.”

Check out the single, “Never Happen To Me” below, and stay up to date with Arih via his socials.