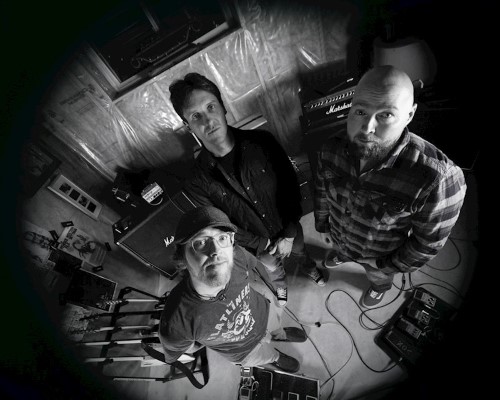 The song is also going to be a theme of an upcoming podcast called “Long Time Listener – First Time Caller,” a discovery series for functioning introverts that aims to help provide resources for people to accept their strengths and overcome the obstacles of “coming out of their shells” when called upon.

In some mythologies, Jinns are trickster gods that tempt mortals into going down an unrighteous path. Red Grace is using this story as a metaphor for someone’s internal struggle with addiction, specifically with opiates.

The song was written after a friend of the band died from an opiate overdose.

“The song represents someone locked within their own self,” says Red Grace. “The continued routine of waiting for a fix or a high to move on. There really is no difference between being in a lost state of addiction and death itself.”

During the song, the person feels alone in the world, that is, until the Jinn appears and convinces them for one more fix. The person’s soul becomes tied to the Jinn (addiction) and constantly looks for the high. The outro of the song feels huge, as phaser guitar builds to the almost punk rock crescendo featuring a blistering, melodic guitar solo.

“Jinn” is a song important for our times when Canada is in the midst of an opiate crisis. Since 2019, Canada is losing 12-13 people a day due to opioid overdoses and Red Grace is shedding a light on this crisis.

Check out “Jinn” below, and stay up to date with Red Grace via their Facebook.