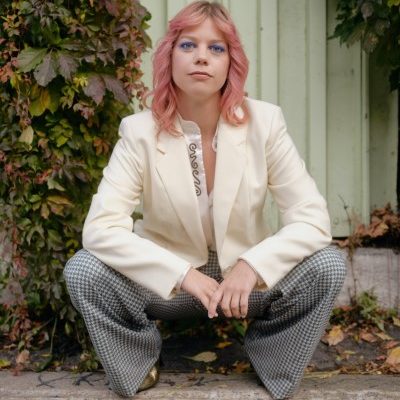 Montreal’s Basia Bulat has unveiled “Fables (The Garden Version), the breathtaking, deeply stirring second single arranged and orchestrated by Zou Zou Roubidoux and from her forthcoming album The Garden, which is set for release digitally on February 25, 2022, and physically March 25, 2022, via Secret City Records.

The track arrives alongside a video directed by Bulat that juxtaposes Hi 8 Camera footage from her childhood with recently shot footage of herself and her daughter.

“This is one of my favourite songs I’ve ever written because, as a folk singer, I have spent my adult life devoted to singing stories,” explains Bulat. “Storytelling is how we understand who we are and where we come from –  fables carry lessons from one generation to the next. But what do we do when part of the fable passed down to us is forgotten or mistaken? When we realize as adults that we may have been carrying on legacies that we didn’t intend or understand? Sometimes the stories we learned in childhood about ourselves and our homes are remnants from a past that cannot answer the questions we have in the present. We can’t change or save anyone with the stories we’ve carried with us, but they remind us to be bold enough to meet one another in the moment we have now with truth and love.”

A reimagination of songs across Bulat’s five studio albums with stunning classical string quartet arrangements by Owen Pallett, Paul Frith, and Robidoux, The Garden is available for pre-order HERE.

Of the video, Bulat adds:

“I wrote ‘Fables’ as both an ode to childhood and to the more difficult truths of adulthood, so when I came across some lovely old footage my mother filmed during a snow day, I was inspired to sing back to that time and see what might happen if I filmed it. Millefiore Clarkes and I were lucky enough to catch the sunlight and calm the day after a huge blizzard came through on Prince Edward Island. It felt very emotional watching the footage back to back, across years and seasons, recreating what felt like a childhood fable I had forgotten about in a new era of my life.”

Check out the video for “Fables (The Garden Version)” below, and stay up to date with Basia Bulat via her socials.