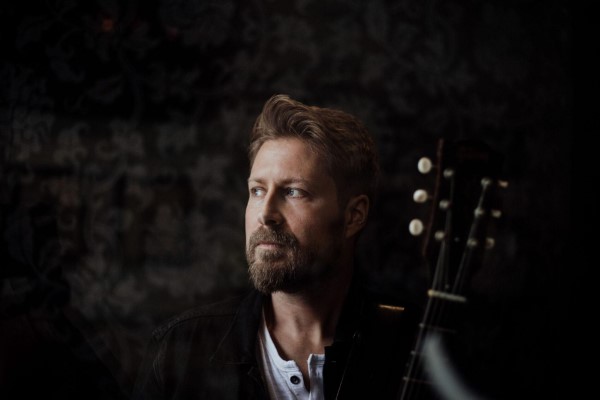 “”The River” was once again recorded with my producer Ben Kempel, he works out of an old church from the 1800’s that was converted into his home studio. I don’t actually remember writing the main guitar part, but I found it in my phone’s voice memos titled “FINISH THIS”. So I guess I thought it was good when I came up with it. It took me a few minutes to figure out how to play it again since it’s tuned to open E flat for some reason, maybe I should have put that in the title…but after that the rest of the song came pretty quick. I don’t often talk about what songs are about, because some people will have a connection to the lyrics that may be completely different meaning than what I meant them to be. And I don’t want to ruin that for them. ”

Check out “The River” below, and find out more about Matt via our Five Questions With segment.

My name is Matthew Ryan Jacobs, and I’m a singer-songwriter from Kitchener-Waterloo Ontario. I spent years playing shows around the province with a band called CityWide Panic, and this past year I released my first EP and a few singles as a solo artist. It has allowed me to really follow my love of blues and old country, and get back to really focusing on good songwriting.

Like I was saying, I’ve been getting back to focusing on the songs themselves. Taking more time with demoing and making sure the song can stand up with just my voice and an acoustic guitar. Almost all the songs I’ve written for this project were written on a late 40’s Gibson Lg2, that is very lovingly worn in. I have no idea who owned it before but it came loaded with songs, I think it might be possessed. It’s become my favourite guitar and writing partner.

Staying creative during the pandemic has been easy, I’m fortunate to have something like music to keep me busy. The pandemic has given me more time to write and focus on that aspect of things.

That’s a tough question, but I’ll go with The River, mostly because it’s the latest release.

My go-to for favourite Canadian artists is Matt Mays, awesome first name, and one of my favourite artists period. I’ve also been listening to a lot of Justin Rutledge, who I had the pleasure of opening for this past summer; and Northcote has been in rotation a lot lately as well.