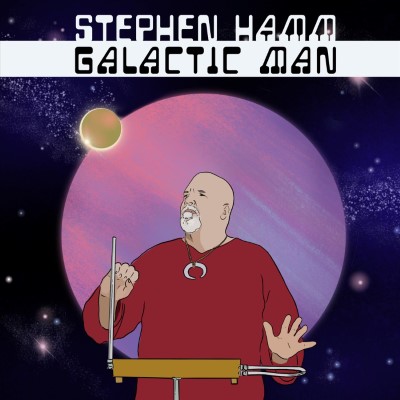 Legendary Vancouver, BC-based musician and performer, Stephen Hamm has teamed up with us, at Canadian Beats, to unveil a video for his new single, “Galactic Man”.

“I wrote the tune because I was kinda bummed out and wanted to write something fun and silly. I finally got around to reading Hitchhikers Guide to the Universe so Galactic Man is kind of my tribute to the character Zaphod Beeblebrox crossed with the Big Lebowski. Kind of a well-meaning buffoon who messes everything up but this guy does it on a Galactic level! The video was inspired by my friend Alegra Geller who makes videos with dolls of Vladimir Putin in all kinds of compromising positions! Check her work out: @miniputindoll.”

Check out the video for “Galactic Man” below, and find out more about Stephen via his socials.

In recent years Stephen has shifted his focus to mastering the Theremin, an early electronic instrument that one does not touch but plays by interacting with magnetic fields around two antennae.