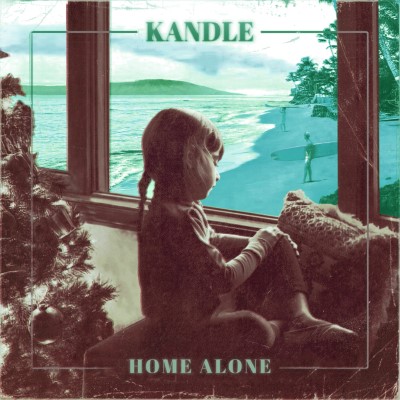 As Kandle and Debra-Jean put it:

“Inspired by a true story of Kandle’s parents brilliantly tricking her into believing in Santa just a little too long, here is Home Alone! Once again recorded in Kandle’s bedroom and written in about 30 minutes with an acoustic guitar and piano. Like most (semi) grown-ups, we’ve left behind the traditions and trappings of Christmas, that as children we took as an absolute. But the music that was playing during what was most often a harmonious and magical time in our young lives has passed the test of time. “Christmas Mourn”, and “Home Alone”, are love letters to an era of music that has influenced and provided comfort for both of us for our whole lives. Hopefully our songs can soothe a few other weary souls this year.”