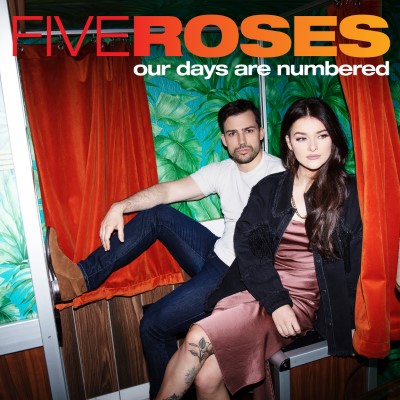 Québec country duo Five Roses have delivered their sophomore single “Our Days Are Numbered”. Five Roses marked their MDM Recordings Inc. label debut earlier this year with the release of “Might As Well Be Me“.

‘’Have you ever met someone while on vacation and immediately fallen hard for them, only to have to part ways a short time later? The moments spent together are brief, intense, but so memorable. ‘Our Days are Numbered’ is about that person you meet and the little time you have together before the inevitable return to real life.’’

Inspired by acts like Lady A and Little Big Town, Five Roses released their debut EP independently in 2018, and have spent the past few years performing across the country. The duo, consisting of Jade Godin and Zach Ouimet, was born out of circumstance after a chance encounter at the barbershop where Godin worked. Finding easy musical chemistry following a jam session, the pair began writing and officially formed Five Roses. Earlier this year, they made their MDM Recordings Inc. debut with ‘Might As Well Be Me’ (produced by Danick Dupelle), which has garnered over 600k streams to date and earned them the title of iHeartRadio/Pure Country Future Star. Five Roses has shared the stage with fellow Canadian country artists Brett Kissel, Meghan Patrick, The Reklaws, and more, making appearances during Canadian Music Week and the Canadian Country Music Association’s country music week with the rest of the MDM roster, and continue to work on new material with Dupelle, delivering a fresh, modern sound to the Canadian country music scene, including their latest single “Our Days Are Numbered”.