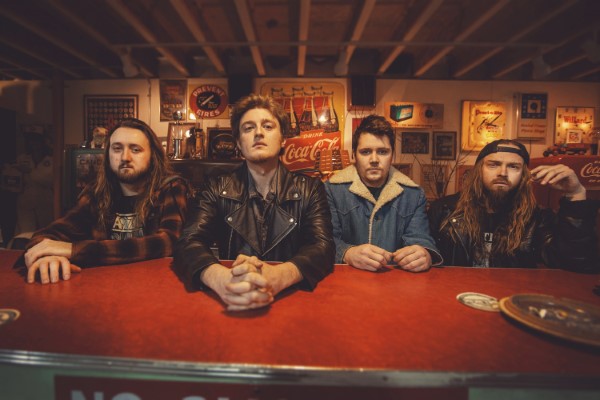 Edmonton, AB-based thrash metal maniacs Tymo are preparing for the release of their album, The Art Of A Maniac on February 5, 2022. In advance, they released the first single, “Sanity Clause”, and now “Mars Attacks”.

The band shares on “Mars Attacks”,

“It was the song that really got the album going! We had already written “Sanity Clause” and “The Roy Parson Project”, but they weren’t finished in time for the release of our previous album “Purge & Reset”. It is our current favorite and it’s already becoming a fan favorite live! We have always been a big fan of the films and comics, it was more than appropriate to write a song about the Martians slaughtering all of the humans! If you love old-school Exodus, you will love Mars Attacks!”

Check out “Mars Attacks” below, and find out more about Tymo via our Five Questios With segment.

Hello everyone, we are Tymo! A thrash metal band from the frozen prairies of Alberta! We have a new record coming out on February 5, 2022, entitled The Art Of A Maniac. Check out our new single “Mars Attacks”!

In six words, we describe our music as a golden shower of thrash metal!

Tim: Most of the time, one of us will have a full rough song written, which is brought to the band, and we will expand upon it from there. Sometimes one member will fully write a song, and if it’s perfect the way it is, we just learn it as a band. We like to collaborate as much as possible, so we can get all four of our ideas into each song!

Nick: Well it certainly halted everything we had planned, but I was able to take advantage of the time off from playing shows to work on areas of my playing that I felt needed improvement. I’m just eager to get back to performing.

Tim: We would have to suggest our newest single, Mars Attacks! It’s a great representation of where we are now! It just might be our new anthem!

Fellow Canadian bands Hazzerd & WMD have been a huge influence on us. Especially on The Art Of A Maniac! It’s good to see some amazing thrash bands within our home province. The first time we saw them live, we realized that we had to step up our game.

Related ItemsAlbertaAlberta MusicAsher Media RelationsEdmonton ABInterviewMars AttacksThe Art of a ManiacTYMO
← Previous Story From Beginnings to Beats and Beyond: A Career in Music with Mike DaSilva
Next Story → Five Questions With Chance Lovett