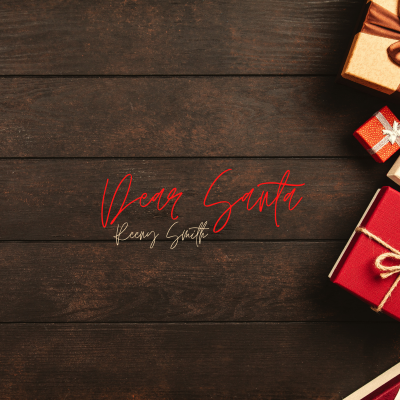 “Dear Santa” doesn’t ask the jolly old magic man for a new mic, or keyboard, or banjo, or anything at all. Instead, Smith lets Santa know she’s got everything important – family, food, a warm spot to hunker down on a snowy night – and asks him to spread some extra love to those who need it more.

“I don’t want a present, what would I even ask for / It’s that time of year when all I really feel is thankful” Smith sings on this warm, welcome addition to the holiday canon.

“Dear Santa” was written by Reeny, Barbra Lica, and Bobby “B Morales” Hobart, who also produced the song. Bobby and Reeny have previously collaborated on three songs for hip hop star, J. Sheon, as well as a remix of Reeny’s “Good Girl Swag.”

Reeny Smith is a powerhouse on the stage and in the studio. A songwriter, musician, and producer, Reeny has captured much attention and high praise from within the music industry and has already amassed a long list of awards and accolades.

She was first recognized in 2011 with the Portia White Award for Excellence in Vocal Performance, along with a scholarship from the Nova Scotia Talent Trust for her outstanding musical attributes. Reeny has since received three African Nova Scotia Music Awards for Up and Coming Artist, Rising Star, and Artist of the Year. She has also twice won Music Nova Scotia’s African Canadian Artist of the Year award. Her extraordinary vocals and confident stage presence make for a truly unforgettable, entertaining experience.

Reeny has collaborated within a wide variety of genres – from award winning east coast rapper, Quake Matthews, to classical conductor, composer, and pianist, Dinuk Wijeratne. Reeny’s songs have been covered as far afield as Taiwan and her placements include films and tv series such as Workin’ Moms, Diggstown, and Hudson and Rex.