Oxford rockers North of Nowhere get personal with “Oh Brother” 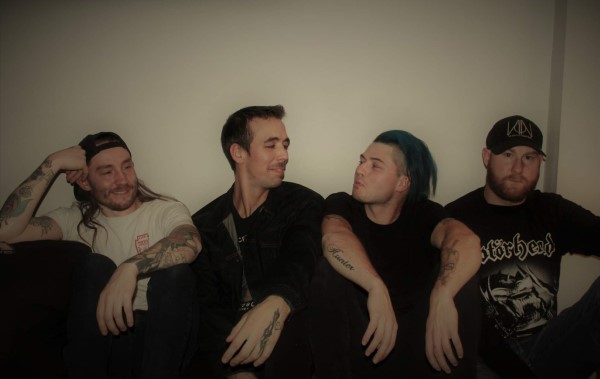 Oxford rockers North of Nowhere get personal with “Oh Brother” released on December 3, 2021.

“I wrote this song shortly after my oldest brother’s funeral,” said North of Nowhere’s Dylan Ellis (he/him). “I spoke my version of an open apology to the universe at the altar during the service. That ended up being a eulogy for a man who lived hard and fast, and how it all made sense when he passed away.”

“Foolish pride when brothers feud / A bottle changed the things we do / I guess we’ll wait to sort this out,” Ellis sings on this straight-ahead rock song, hailing from North of Nowhere’s forthcoming EP, First (out December 18).

“Dylan has a great way of singing about his own experiences and making them relatable,” said bass player Terry Wood (he/him). “For me, the lyrics hit hard because I’ve been that guy who stared at himself in the mirror and hated the version I was looking back at. This album served as a platform for our anger, frustration, hopefulness, determination, and with that we found solace. There’s nothing to be faked, this is us.”

“I hope people hear this song and immediately want to call their brother or anybody, and just let them know they love them,” added the band’s Matt Dorey (he/him).

This northern Nova Scotia quartet is dredging up a modern, polished, and slick sound, juxtaposed under painfully sincere and lived songwriting. With no punches pulled, lyricist Dylan Ellis sings in first person about his loss of loved ones, regrets, things never said, and the torment that follows. But it’s not the gloom and doom that is the star of the show. With a sound reminiscent of the American east at the turn of the century, North of Nowhere really hit their mark when the comedy emerges from the tragedy – the hope in the desperation – the (actual) major that follows the minor. Choruses that demand to be blasted from broken dashboard speakers, hail nostalgia for better days, while painting vivid pictures of late-night shouting matches, eulogies, and last goodbyes.