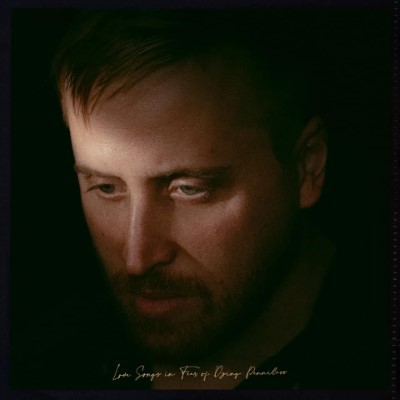 He produced a video with Greg Francis (Century Thief) for “Love Songs”. In 2019, after the death of a loved one, the destruction of the studio he worked at during a flash flood, and the end of his 10-year relationship, Mike went to his family cottage in rural Nova Scotia for a month to write and record new material. This would become his forthcoming album Memory Forming Clouds (2022).

Check out the video for “Love Songs (In Fear Of Dying Penniless)” below, and find out more about Mike via our Five Questions With segment.

Hey, I’m Mike Legere. I’m a musician and producer, originally from Nova Scotia but based in Toronto currently. I work as an audio engineer out of The Root Down studio, and I’ve got a new single Love Songs (In Fear of Dying Penniless) that I’ve just released, along with a new video made by my friend Greg Francis.

I play indie folk-rock. My music tends to be lyric-focused, but I love to explore different energies and arrangements in songwriting, and I’m a sucker for a noisy deconstruction moment in an otherwise pretty song. I was obsessed with Bob Dylan and folk music growing up, so that really influenced how I learned to write. As a teenager I got really into Broken Social Scene, especially the records Dave Neufeld produced. All the dense layering and kitchen sink approach really got me, so that’s influenced my production tastes quite a bit.

I’ve been experimenting with different ways of writing, and I find that different songs want different approaches. Sometimes it’s a thought or an idea that I want to turn into a song, like a single out-of-context line in my notes app. Other times I come up with the music and then let the way it makes me feel guide what it’s about. Sometimes I finish a song in a sitting, sometimes it brews and struggles for years or fizzles out in lieu of a more exciting idea.

I have found that creativity ebbed and flowed with the circumstances throughout the pandemic. Music is often a really social thing – working out ideas with the band, playing them in front of people – so the isolation was a bit uninspiring at times. But I focused a lot on production, I recently finished arranging and mixing my new record (which I’ll be releasing next year). I also mixed and co-produced my friend Omar Shabbar’s EP. I feel like I learned a lot in that process. We had some stuff recorded before the pandemic and the rest we did from home.

Also, I got a pandemic synth! That’s been a source of joy and inspiration. I am very much learning it still, but I’m finding it interesting to write stuff starting with instruments I am less comfortable on than guitar. I am finding lots of happy accidents. It’s been a nice palate cleanser after working on the record, where a lot of the songs started out with guitar. When I was able to get into the studio I just went in by myself and mic’d everything up and experimented for a couple days, I’ve got a lot of stuff from that that I will turn into something at some point too.

My new single Love Songs (In Fear of Dying Penniless) – and I’d suggest they check out the video too!

Check out Omar Shabbar’s new EP Your Old Life, which I had the pleasure of co-producing, mixing and playing drums on. My pal Dante Matas has been releasing lots of great songs lately as well, my current favourite being Fear Of Losing. Dan Mangan came in to rehearse at the studio recently, I wasn’t overly familiar with his music before, but I really enjoyed that. I’m always recommending the Toronto band Little Kid, they do noisy long lyrical stuff very well, which ticks a lot of boxes for me. I got to play with an artist named Sabine Ndalamba before the pandemic, and really enjoyed her stuff. So much amazing music around Toronto and Canada!