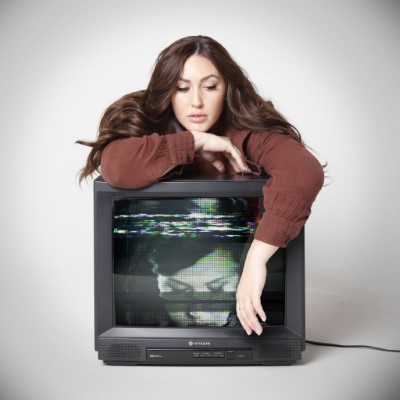 Celebrated Canadian singer-songwriter Alyssa Reid makes her return to music today with the release of ASHS. Previously released under the moniker ASHS (Reid’s alter-ego), the full-length album contains two never-before-heard tracks, “mean” and “ocean.” ASHS can be found on all streaming platforms now.

“Now that the ASHS project is ready to be shared with me as the artist behind it, I want fans to understand that it’s not what they are used to hearing from me,” said Reid about today’s release. “Having this time to grow and fall in love with music again has allowed me to embrace a level of fearlessness that I am not willing to part with. The new music, regardless of the name it comes out under, will continue to be 100% honest and genuine. It will be happy, angry, heartbroken and all the spaces in between.”

Following the success of her album Phoenix in 2015, Reid stepped away from the spotlight and started secretly releasing tracks under the pseudonym ASHS. Embracing her darker side with an honesty and passion like never before, Reid was able to boldly indulge in her own creativity, since the project had no face.

“I needed some time for myself and started writing music that was very different from what I’d down previously,” said Reid on her journey through the ASHS project. “I needed room to grow, and a place where I could unapologetically be myself without expectation. Although it was a bit dark, my time writing as ASHS was the most fun creatively I’ve ever had.”

With over a decade behind her since the release of her debut album, The Game, which featured “Alone Again” (ft. P. Reign), Reid’s massive global hit that went on to become certified DOUBLE-PLATINUM in Canada and sold over a million copies around the world, ASHS brings fans a new, authentic side of Reid that embodies the alter-ego she created. Produced in Toronto, with Mike Wise (Alessia Cara, bülow, ViiV) and in Sweden with female duo Mad Fun (Kygo, Ellie Goulding) as well as producer Gustav Nyström (bülow, Jada, Mia Rodriguez) the album holds Reid’s first new music released under her own name since 2015, “oceans” and “mean.”

Driven by Reid’s powerful vocals, both tracks demonstrate the strong confidence that Reid has gained over the past few years. Turning her new-found attitude up full-blast, “mean” is sure to become an anthem for anyone needing to walk away from a toxic situation — I’mma be blunt / I’ll get to the point / I get real annoyed every time I hear your voice / I want to be alone right now, right now — whereas “ocean” delivers a brave, vulnerable side Reid fans have yet to see — Ya you went and left my heart so broken / Why you gotta leave me in the open / I really thought you loved me, I was hoping / Now I’m drowning in the middle of your ocean.

“These songs are the epitome of who I have become as a writer and I can’t wait to see how fans react to them,”