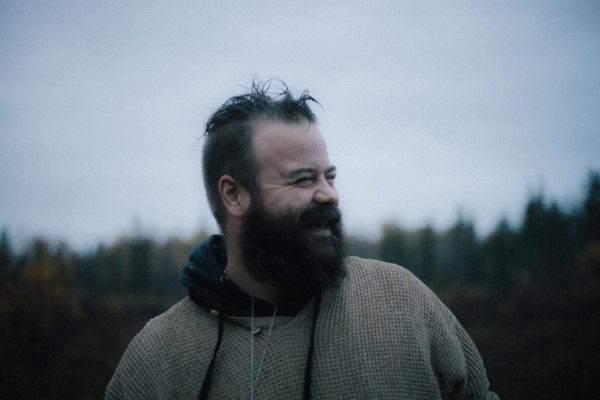 Matt Foster has released their video for the debut track, “Magic”, which features Liam Duncan as the sole actor. The video effectively mimics the sense of frustration that inspired Foster to write the track.

Three shots stand in subtle contrast to each other in this simple but effective video. Director and DOP Jen Doerksen sought to keep things simple in service to Foster’s slow and sneaky approach with their music.

“Getting to work on such a simple yet effective concept with Matt is really opening me up to shooting music videos in a way,” they said.

Foster shares on the single,

“There is magic in the air. It’s real and it’s dreamy and it’s right there and it had you all wrapped up a minute ago but now it’s slipping away isn’t it? It’s playing strange and it’s not yours at all because it never was. And suddenly you’re more alone than you’ve ever been. This song is meant to be a swirling confusion, a gnashing of teeth. It is the feeling of your guts rearranging themselves in the aftermath. It is the first of many hard feelings along the hard-learned lesson that love is not in fact something to have or to hold, that it is everywhere and everything – and if you’re not careful, you miss the point and are left lurching and alone, wondering where all the magic went.”

Check out the video below, and find out more about Matt via our Five Questions With segment.

Yeah, certainly.  My name is Matt Foster, I was born and am living on Treaty 1 territory.

Writing style. I guess sparse? Sparing?  I try to paint a picture or make a kind of space more than I try to say something exactly.  The meaning is more felt I guess. So sometimes, the songs can feel partial in a way.  Like it’s over and you’re not sure what that was.  Lyrically anyways.  A scene or a page in a book, but not the whole story.

Magic, the song we’ve just put out, has a kind of stirring, unsure feeling to it.  There’s a B-Movie vibe.  I’m very interested in sounds and production that make you feel almost secretive for listening in. Like it’s private. Even if it’s banging.

There was a Song Every Week club being run by Natalie Bohrn that really got me through the worst of it, in terms of the isolation getting to me.  Was nice to have a web of connection out to these unseen others, most of whom I’d never met.  Getting a playlist of somethings that people had just made. Felt like music was alive when I was scared it wasn’t, and that I was getting to know people, even though we were in lockdown and hadn’t seen a soul for months.

I made a record somehow, somewhere in there. I wrote as many songs as there are weeks in the winter. I had a child, which I’ll tell you is a very creative thing to do. I bought an MPC and am stumbling through it…  it’s been a real couple of years.

I think Magic is the only one you really can hear right now, so if you’d like to start somewhere, that’s your ticket. Check out the video. It just came out and I think it leaves you feeling kind of exactly how the song sounds. I couldn’t be happier with it.

I have an album coming out next year, True Needs, which I can’t wait to share – but for now, check out Magic!

Julie Doiron just put out a wonderful record. Charlotte Cornfield, always.  Construction in the Street! The Shape of your Name! I love this question. If anyone reading this has writers I should listen to … please come find me and tell me so! Always looking for the writers!