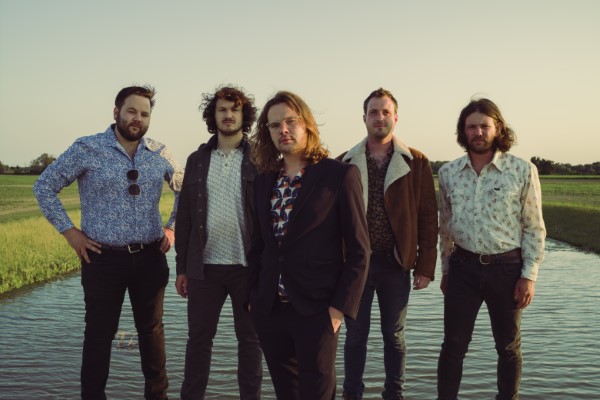 Windsor, ON-based psychedelic rock band, The Brandy Alexanders have unveiled their self-titled album, as well as the video for their new single, “Live By The Light“.

When asked about the single, the band said,

“The lyrics have to do with the church of latter day saints missionaries. It is about seeing how people may rely on things they can’t justify or explain, however it is human nature and if it makes people feel good, thus potentially making it a good thing. This song evolved over the course of two years, eventually adding the chorus and the unison guitar part after Alex and Dan did multiple demos.”

Check out the album below, and find out more about The Brandy Alexanders via our interview.

Introduce yourself to our readers.

Hi, we’re The Brandy Alexanders, a five-piece psych-rock band hitting the Canadian scene with our debut self-titled LP, out now.

The Band originally began in Leamington ON, where brothers Alex and Daniel are from. The band is now based in Windsor, ON.

Tell us about your new album and single “Live By The Light?”

Our self-titled debut is a long time coming, what started off as an ep released in 2016 has bloomed into a 9 song album greeting Canadian ears on December 10th. Our single, “Live By The Light” is a funky pop song that has been around for the last five years or so. It’s gone through many writing changes over the years and this iteration was finally settled upon for the LP.

What are the main themes on this album that you’d like fans to know about?

The main themes in this album have to do with reassessing long-held beliefs. That could mean anything, from religion to relationships, to political beliefs. It’s also about how some people will change with current standards and some will not.

This album is a mix of acoustic-driven pop-friendly tunes like “Conventional Lie” and “IDK What I’m Trying To Do” and the more heavy rock songs of “Shiram”, “Ceiling Fan, Man” and “Space Opus” with the other tracks stalling the line between. Our writing style usually begins with one of us making a vocal melody or instrument line. A song will usually sprout from there. With multiple writers on this album, we were able to take parts each other had lying around and plug them into unfinished songs.

The upside to the pandemic may have been our creativity. Pandemic life brought in new themes to write about and a lot of time on our hands. This resulted in many songs written, home recordings skills gained, and lots of new demos tracked.

Our new single, “Live By The Light” would be it!