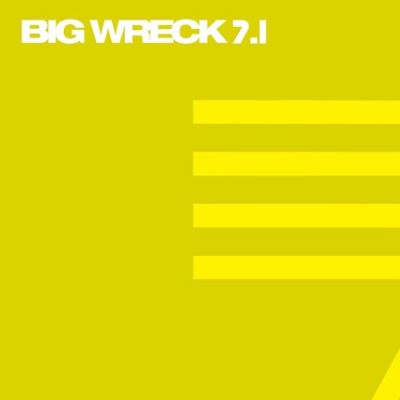 Everything about the latest release by longtime Canadian-American rock fixtures Big Wreck is on a huge scale, and I’m not speaking only of the band name. Big Wreck 7.1, the first EP in a proposed three-volume collection, may consist of only five songs, but at between 4 and 7 minutes each they collectively make for a longer listen than a lot of full-length albums out there. The music is consistently refined and heavy, the vocals deep and massive. As far as standouts go, “Bombs Away” has a particular intensity to it, opening with dark acoustic guitar and ambiance before fierce percussion and metal-style riffs take hold (the latter to be followed later with one hell of a solo), while “Fields” has an especially warm, upbeat feel to it. The others fall somewhere in between the two, one common feature being melodic and grandiose choruses. The memorable hook of “High on the Hog” perhaps best emblemizes this with its dynamic peaks of gruff and guttural singing atop a solid bed of instrumental brilliance.

If seeking something loud and energetic, smooth at the core with just the right amount of roughness to its edges, give this EP a listen. It is awesome.