After announcing last week that the Foo Fighters would be headlining the first night of their 2022 edition, the OSHEAGA Music and Arts Festival made the very exciting announcement yesterday that they will be accompanied at the top of the bill by A$AP Rocky and Dua Lipa!

”We have been working on this edition for almost three years, we can’t wait to finally be able to celebrate our 15th with all you music lovers” 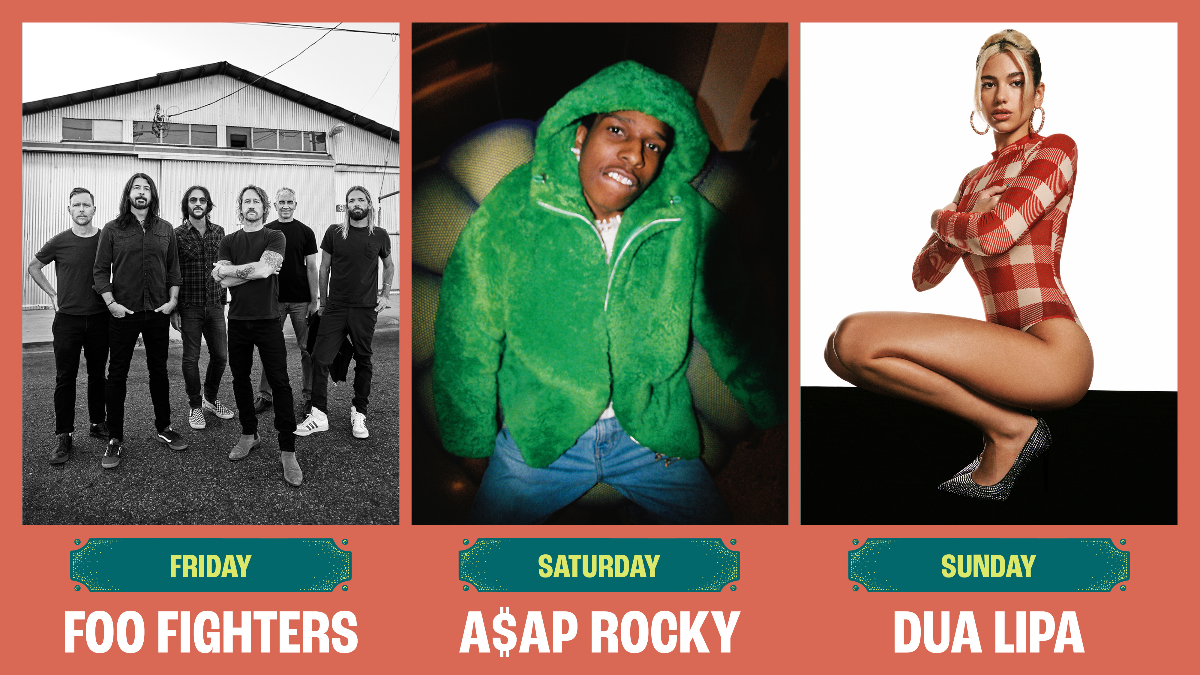 Much to the sheer delight of fans, Foo Fighters will finally headline the first night of the festival next summer! Hot off their induction onto the Rock and Roll Hall of Fame, the Foos are at the top of their game, with a slew of Grammy nominations for their most recent album, Medicine at Midnight (which shot straight to number one all over the world), and their live show just keeps getting better and better! The Foo Fighters will celebrate times like these along with all the fans at OSHEAGA with a blistering set of hits, proving once again why they are one of the most beloved, consistent, and celebrated bands on the planet.

Fresh off his headlining performances this summer at The Governors Ball in New York and Life is Beautiful in Las Vegas, Saturday night’s headliner is one of rap’s most exciting and critically adored figures, A$AP Rocky! The New York hip-hop star has been spitting fire since he burst onto the scene in 2011, and his legendary first tape, Live. Love. A$AP has finally been released on streaming services on its 10th anniversary to much fanfare! Rocky, whose music videos have earned almost 2 billion combined views on YouTube, is a hip-hop phenomenon with multiple #1 debuts on the Billboard charts. His most recent album has garnered over 1 billion streams worldwide, landing at #1 on the iTunes charts in 16 countries upon release, and he’s got new music in the works. Anyone who has seen him live knows he can rock a stage with swagger and skill like no other with his hype jukebox joints and golden delivery.

Sunday night marks a triumphant OSHEAGA return by one of the world’s biggest pop stars, Dua Lipa! After wowing crowds at the 2018 edition of the festival, she is coming back to headline the fest with her unmistakable funky space disco pop and a list of chart-toppers that rivals anyone in the game! Her stellar album, Future Nostalgia, was THE most streamed album of 2020 on Spotify, landing on everyone’s year-end ”Best Of” lists from Rolling Stone to Billboard and Pitchfork. She has become the darling of the digital music world, with over 7 billion streams across all platforms worldwide, topping Spotify’s artist chart as the most streamed female artist on the platform. Dua received 6 nominations at the 2021 Grammys, including Record, Song and Album of the Year. The three-time Grammy winner will close out the 15th anniversary of the festival in what is sure to be an unforgettable set!

With many more big names and fun surprises to be announced in the coming weeks, the OSHEAGA team have worked tirelessly to assemble a top-tier lineup to highlight this experience on one of the greatest festival sites in North America. As anyone who has experienced any of the previous editions can attest, OSHEAGA is a cutting-edge audiovisual experience on a one-of-a-kind festival site with the Montreal skyline in the background. The excitement is off the charts, because OSHEAGA IS BACK!

​Osheaga 2022 will be taking place in Montreal, QC from July 29th to 31st. For more information, visit https://www.osheaga.com/en.