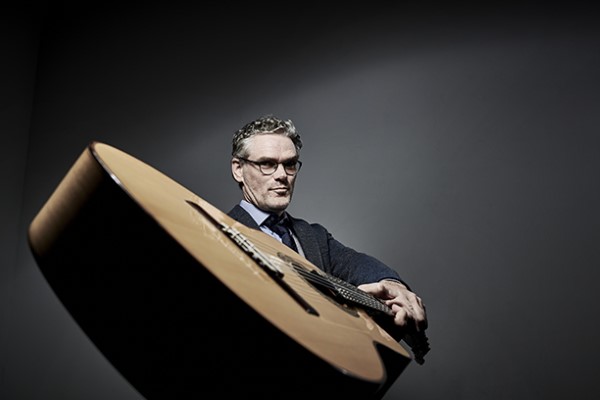 Libre arrives alongside the album’s stand-out track, “Number 5,” and its accompanying music video.

“I wrote and recorded Libre during the pandemic when, like most people, I was longing for freedom,” Cook shares of the new project. “My music was my escape from the four walls that surrounded me, and the storm that was swirling outside.”

The inspiration for Libre came from a long summer-day drive with his 14-year old, Cook reveals.

“My daughter entertained me with her favorite playlists, much of which were trap and 808-inspired. I loved them too, and a question was planted in my mind: ‘what would my music sound like mixed with those sounds?’”

Cook also recently announced the first leg of his 2022 “Tempest II” tour. The tour was originally set to take place in 2020 in celebration of the 25th anniversary of his acclaimed debut album, Tempest. Launching in Spokane, WA on January 19, and spanning 43-dates, the trek will take Cook and his band across both Canada and the U.S. View the complete tour itinerary on Jesse Cook’s website to find more information and to purchase tickets.

Check out the video for “Number 5” below, and stay up to date with Jesse via his socials.