Mackenzie Porter releases “Coming Soon To A Bar Near You” 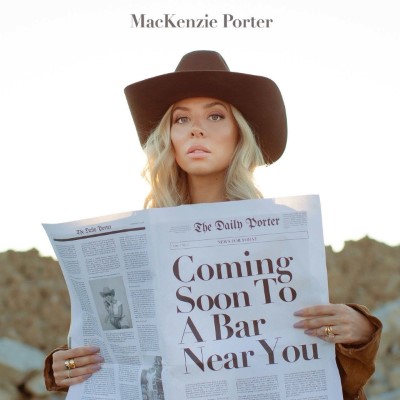 Canada’s rising country star, Mackenzie Porter, is “Coming Soon To A Bar Near You” with the release of her new single.

As one of the most talked-about young stars in the country music scene, Porter is hot off the heels of her “Thinking ‘Bout You” duet with fellow Canadian country artist Dustin Lynch. Now she’s ready to release her new solo single, written by Hillary Lindsey, Amy Wadge, and Emily Weisband and produced by Joey-Moi.

“Coming Soon To A Bar Near You” is a lonely tale of broken hearts and the ways people try to heal and fill the void at the local bar.

She also released an accompanying lyric video for the single, where she sits perched on a bar stool, singing her broken heart, while patrons come and go.

Porter is becoming one of the most sought-after young talents in country music. For the 2021 CCMAs, she performed her duet with Dustin Lynch and was nominated in four categories. Their duet reached the Top 5 on U.S. Country radio and shows no signs of slowing down.

In November, Porter made her Grand Ole Opry debut, performing fan-favourite “These Days” and her upbeat 2021 single “Pickup.” Fans can catch her on Jordan Davis’ Buy Dirt Tour followed by Walker Hayes’ Fancy Like Tour.