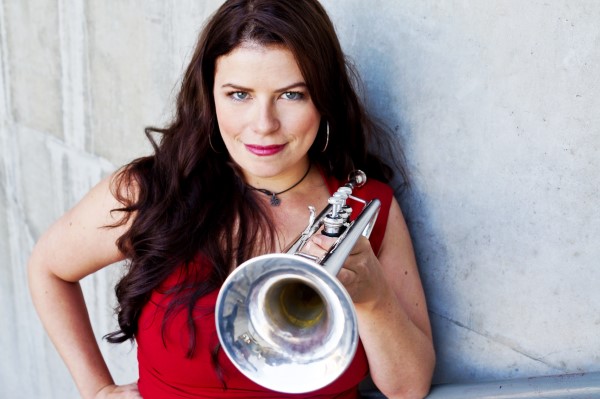 Vancouver musician Anita Eccleston is excited to announce the release of her new holiday single “Long Nights” out now on all digital streaming platforms. A cozy holiday song with a laid-back jazzy vibe, “Long Nights” is brimming with nostalgia for family Christmases.

Like many musicians last year, Anita took solace in music and writing songs to escape the pandemic, fighting through the noise and turmoil and trying to stay sane. Weeks and months passed and then suddenly, yet slowly it was Christmastime.

“I turned my thoughts inward, to my family and the many Christmases at the home where I grew up,” says Anita. “I saw in my mind’s eye the view of the Christmas lights out above my bedroom window as a child. I remembered gazing into the night sky at the stars, wondering if the bright one was the Christmas Star, the longest nights of the year, especially Christmas Eve, waiting for morning, excited and filled with wonder.”

Kris Ruston (Death Mountain Sound) mixed the track and Chris Gestrin (Public Alley 421) mastered it. And Anita partnered up with Patrick Collins (Alwaysfurther Films, This End Up, Peaches) to produce the music video to accompany the song.

This year Anita is glad to give her song to the world, a present she hopes will warm hearts and stir up the enduring nostalgia the season brings, like a winter oasis, every year. And she is also finally planning a trip home.

Check out the video below, and find out more about Anita via our Five Questions With segment.

Hey, I am Anita Eccleston, a songwriter, vocalist, and jazz trumpet player. I was born in Kamloops, studied music in Montreal and now call Vancouver home. I have released a handful of albums, jazz and original, and just released a holiday single, ‘Long Nights,’ that I am super excited about. I am an active player in the Vancouver music scene and also play in an all-women mariachi band, Las Estrellas de Vancouver.

My hobbies include gardening, disc golf, and hanging out playing ukulele for my bearded dragon.

The music that I write is deeply influenced by the harmonies of jazz, though the end result is often not quite under that umbrella. I write whatever feels good and honest. When I sit down to compose, I try to relax and let my feelings flow, I try not to judge my words. It is so easy to second guess yourself in that process, being vulnerable and open is difficult. The results of these reflections have become forthcoming songs that I feel are my best works yet.

Sometimes the melody comes first, sometimes the chords. Finding a great melody hidden within chord changes is like a treasure hunt. Even though I am writing it, it somehow feels like I’m finding it, trying different twists and turns until I find the best path through. When the melody comes first, it’s like trying to paint the scenery surrounding it, it’s colour shifting as I explore the sonic plain it exists on. Every song has a unique creation process, and I embrace that variable nature of songwriting.

I have spent a lot of time writing. It has been a chance to catch my breath and finish several works in progress, which I was able to debut at last summer’s Vancouver International Jazz Festival. I am excited to record them and release them in the coming months. Another activity that has been inspiring is a pet project writing and illustrating children’s stories, a collection I might publish one day. I derive a great deal of joy from these two creative expressions.

For sure it would be ‘Long Nights,’ my latest single. It is a cozy, nostalgia-inspired Christmas song, with a melody that is both hopeful and melancholy. It is laid back, jazzy, and quite personal. I tapped into a special sort of muse for this song as it spilled out of me in just a couple of days, this time last year when I was missing my family and the home where I grew up. It is a Christmas love letter to the world, a gift to lift us up in these heavy times.

I am pretty addicted to the music of Devin Townsend, Brasstronaut, Patrick Watson, and Dan Mangan. I was also really impressed by the latest album by Dominique Fils-Aimé, ‘Three Little Words.’ Lastly, I can’t get enough of Skim Milk, a wild, psychedelic, jazzy clarinet escapade.