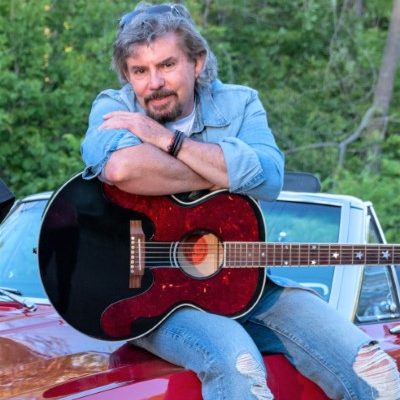 Toronto, ON-based country singer-songwriter, Chase Stevens has unveiled his latest single, “Taking Pictures Off The Wall”. The single is the 4th release from his upcoming 6-track release titled Trespassing Castles.

The initial inspiration for the tune came from a message Chase received on Facebook from a lady whose grandmother had recently passed away and she had just finished cleaning out her home. She told Chase that the hardest thing to do was taking the family photos down off the walls. That got Chase thinking about his own experience going through that process, and it wasn’t long before the song started to take shape.

It’s a task that at some point, most of us are faced with, removing the contents of a loved ones’ home after they have passed.

Recorded in Nashville, “Taking Pictures off the Wall” is a true “4 Chords and the Truth” type of Country song.

“working with musicians who record with the likes of Luke Bryan, Faith Hill, Carrie Underwood, Taylor Swift, Garth Brooks just to name a few, is absolutely awe inspiring and truly a privilege for me. Their skills and instincts are so strong that they don’t need a whole lot of direction, and they nail it every time”.

“When it came time to shoot the video I wanted to make sure we included a photo of my paternal grandmother. She was my mother’s mom and sadly I never knew her. There was never much known about her but I recently discovered that she got married and gave birth to my mom at the age of 16. A year later she gave birth to my aunt and sadly, just 2 years later she died at the age of only 19. I wanted to use the video to honour her memory”.

Check out the video for “Taking Pictures Off The Wall” below, and stay up to date with Chase via his socials.