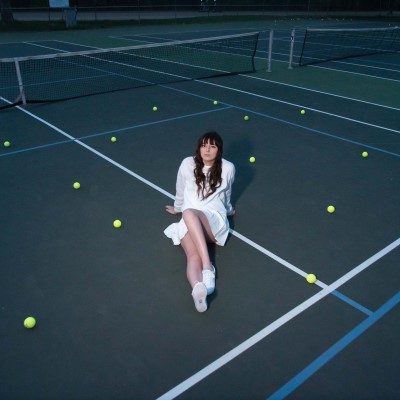 Following the release of her cheeky new single “Tennis Club” Canadian electronica artist, Talltale, drops the official music video. The music video follows the lyric’s lighthearted approach of comparing the game of love to a game of tennis.

“It started with a loose lyric idea of ‘I learned more about love in tennis club than I ever did from you’ (since a score of zero in tennis is called “love”),” Talltale explains. “Then I built out the song to keep – what I hope to be – an emotionally honest core, while encasing it with more tennis puns and a shimmering 80s synth-pop vibe instrumentally.”

Racking up over 330K streams as an independent artist, Talltale has cemented her sound and her standing as one of Canada’s most promising pop writers. She has garnered support across numerous editorial playlists with her clever, sincere lyricism, rhythmic melodies, and distinct vocal sound, which has also earned her previous work Best Electronic Song of 2018 in the Canadian Songwriting Competition, Artist to Watch at the EMAs, and a nomination as Electronic/DanceArtist of the Year at the Western Canadian Music Awards.