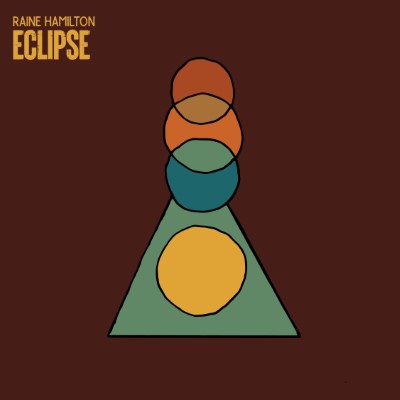 Raine Hamilton is drawing inspiration from the sky with her new single “Eclipse“. The release of the song coincided with the longest partial lunar eclipse since the 15th century, which occurred in November 2021.

Hamilton connected with the event’s symbolism, noting this particular eclipse falls just shy of total darkness and how in life, she believes there is a lot to sit within the darkness. Her own connection to these moments in nature-inspired the single, the lead to her upcoming concept album set for release in January 2022.

Hamilton released the accompanying music video for the single, set against shadowed backdrops of her and her band and images of constellations surrounding her. Hamilton performed live with the Raine Hamilton String Trio and the puppets and shadowed art were designed by Sarah Thiessen.

The accompanying album will be her first full release since 2018’s Night Sky and is said to revolve around themes of courage, connection, and wisdom. Its melodies were inspired by the grand mountainous landscapes she encountered touring.