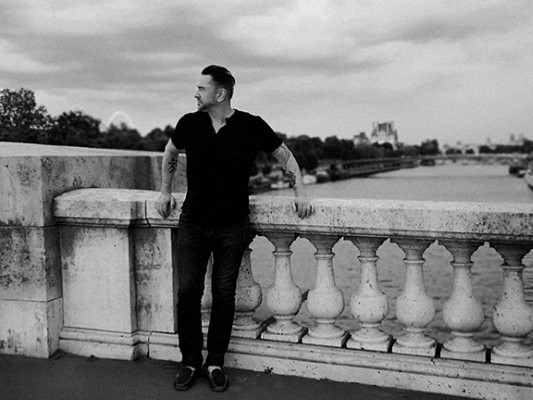 Inspired by his father’s experiences in WWII, and dedicated to those who fought alongside him for freedom, Platinum- and Gold-awarded Canadian producer, writer, and singer/songwriter Peter Karroll has unveiled his new single, “Coming Home”.

The title track from Karroll’s forthcoming album of the same name, the song shines a beacon of gratitude on veterans, both those who perished during battle and who came home, able to share hard tales with their sons and daughters — something his own father did with him.

“When my brothers and I would come in late at night after our band played, our father would typically be up reading,” Karroll recalls of Edward John Karroll (1922 – 1984). “He would welcome us home, and clearly loved the company of his sons. And on many of these nights, he would tell us about his experiences in World War 2.

“He was one of the first 150 commandos trained in Canada and loaned to the British at the start of the war,” Karroll continues. “His stories spanned the European and North African campaigns, and these stories became the emotional fabric and background for the upbringing of my eight siblings and I.”

The video for “Coming Home” was directed and produced by Karroll, in addition to the song’s writing, production, and performance. The video was edited by Doug Fury Inc, and the song — as well as the forthcoming album, Coming Home — are offered via Her Royal Majesty’s Entertainment and iGen Ventures Corp.

“‘Coming Home’ is dedicated to all of the men and women who paid the ultimate price, and gave their lives for the freedom of generations to follow,” Karroll says. “It’s also dedicated to the veterans who fought, and came home to tell their stories.

“Shall we never forget their sacrifice.”

Watch the video for “Coming Home” below, and stay up to date with Peter via his socials.