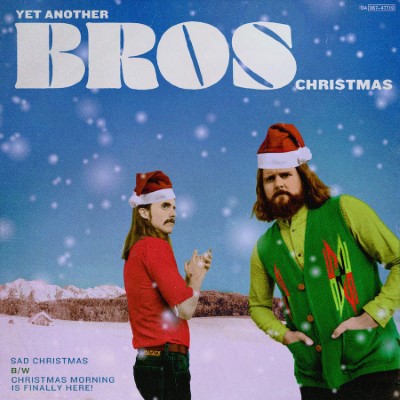 BROS has released their new Christmas EP Yet Another BROS Christmas, just in time for the holiday season.

Their soulful single “Sad Christmas” introduces the EP, with lyrics that tell a story about surviving the holidays without the ones you love. Next comes a merrier spirit with “Christmas Morning is Finally Here” and is the perfect complement to its sombre counterpart.

Known for making music that bridges genres and brings colour and fun, BROS continues to earn rave reviews from critics and fans. Their track “Tell Me” which was released in 2016, reached #17 on the Canadian Alternative Rock chart and was synced by ESPN US, Hockey Night in Canada, and the Toronto Blue Jays.

Get into the holiday spirit with BROS and their latest EP, Yet Another BROS Christmas.