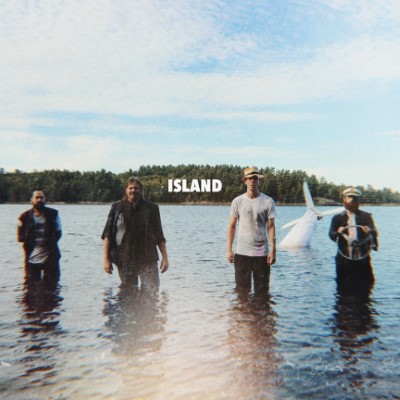 Toronto, Ontario powerhouse of rock n roll, Bad Holiday have unveiled their latest single and video. This exciting party rock anthem is called “Island” and gives you a glimpse into what’s to come from their next album. The new single is a very chill and laid-back track, making it the perfect song for a drink tonight. But when your manager gets you all to fly in a sketchy plane for a gig, you know something’s got to go wrong on this bad holiday.

After the release of their debut album Nineteen back in 2020, the band achieved quite a list of recognition for their work. Their lead single “Pretty Lady” instantly caught the attention of legendary radio host Alan Cross, plus the interest of Canadian musician Bif Naked, who has been encouraging the guys. Recently, they were recognized by another member of our Canadian music industry, the former Much Music icon Ed The Sock, who has featured Bad Holiday on their new music channel called “New Music Nation”. He featured their single “19” in their very first episode of Yo Canada. Plus, that very same single was nominated for “Best Rock Music Video” of 2020 at The Independent Music Video Awards and will be rocking parties for years to come.

This new single “Island” is available now on all streaming services. The video follows the guys just trying to get to a gig in their seaplane with their manager. However, things go a little bit sideways, of course ending up on an island somewhere in the great lakes. So, I guess you’ll just have to watch the video to find out what I’m talking about. Also, please keep your eyes open for their second album coming up in the future, and don’t forget to follow them on their respected social platforms below.