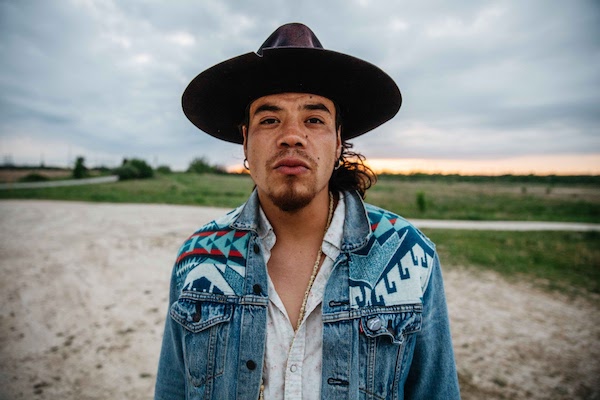 Acclaimed Indigenous storyteller and activist Logan Staats returns with his newest single “Deadman” following his rise to fame as the first winner of Bell Media’s ‘The Launch’. You can buy or stream “Deadman” here.

“I wrote ‘Deadman’ while in rehab. It’s not about a girl; the culture is the love that I’m asking for. The love for myself. That was stolen from me – by the government, the crown, the church. When I sing ‘GIVE ME BACK MY LOVE’, I’m speaking about my culture, my pride, and my love for myself.”

As Staats’ ancestors were residential school survivors, the video for “Deadman” was partially filmed on the property of the Mohawk Institute, a former residential school in Brantford, Ont. (The Six Nations of the Grand River has since called for that location to be among grounds searched for remains.) The video follows Staats through his community, including Land Back Lane, where Six Nations land defenders have mobilized to protect the area from proposed subdivision development.

About the video, Logan explains:

“Recently I’ve been spending a lot of time on the west coast in Wet’suwet’en territory after answering the call of the Hereditary Chiefs there and standing in solidarity with the land defenders on their sovereign ground. After serving an eviction notice to Coastal Gas Link, a for-profit corporation conducting illegal activities on Wet’suwet’en territory, heavily armed RCMP officers were flown in and conducted a raid on the traditional lands or ‘Yin’tah’.

During that raid I was punched in the ear. My head was slammed into the frozen pavement by my braids. And I was kneed in my spine and held down while I was handcuffed and bleeding… all after I was only peacefully singing our water song and hugging/protecting a 70 year old matriarch. I was hauled off to jail along with my sister, Layla Black, several other land defenders, elders, along with members of the press. With the support of my community and people rallying across nations, I was free’d and remain steadfast and committed to defending the land from sea to sea all across Turtle Island.”