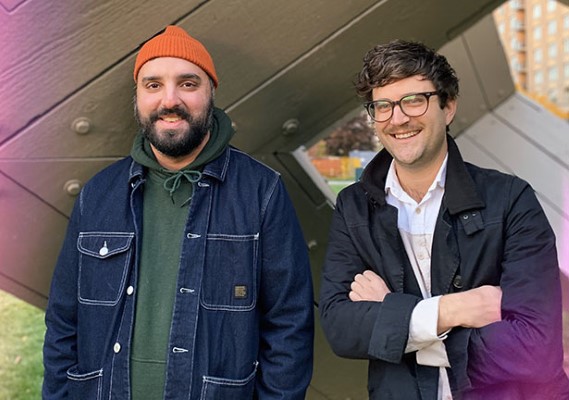 Canadian electro-pop duo, Gold Bonds have unveiled their new single, “Stars Align” along with a music video to accompany the release. The single serves as a preview to their upcoming album, Growing Pains, which is set for release in Spring 2022.

‘”Stars Align’ is a reflection on waking from lost time and lost ground in a rapidly changing world,” Gold Bond’s Matt Gilmour and David Gervais say. “The song refers to stars aligning as an affirmation of our lucidity, and our ability to make dreams come true.”

Composed, recorded, and produced by Gold Bonds during the COVID-19 pandemic, “Stars Align” serves as a breakaway from the overwhelming isolation many artists, musicians and songwriters felt while forced to stay home, and unable to share the stage.

The song represents finding togetherness after being apart, the band says, adding that they composed the song using their love and adoration for a variety of vintage and virtual instruments and production techniques.

The music video for the release floats like a dream: Two asteroids strike an unassuming industrial town and inspire unearthly entities to possess two inhabitants. Ultimately, the pair are sent off to find one another, consequences unknown.

“The concept for the music video was written, filmed, and directed by Stefan MacDonald Labelle of Terminal Burrower Films in Hamilton, Ontario,” Gold Bonds explains. “Stefan created an eerie science-fiction visual imagining of the song that is also a metaphor for the historic COVID-19 pandemic, and its grave implications for connecting with others amidst the impending decay of society as we know it.”

Check out the video for “Stars Align” below, and stay up to date with Gold Bonds via their socials.