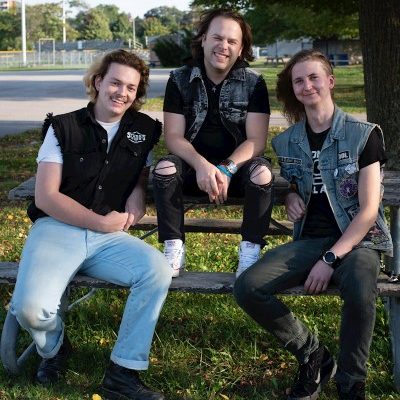 The EP features the band’s newest single, “Wasting Away”, as well as additional anthems and tales, such as “Spineless Slaves” and “Miracle”.

“The Abused Will Ascend EP will give fans a sense of connection to the issues that everyone faces in their regular lives. Family struggles, personal struggles, and political struggles are a part of everyone’s lives and I think that everyone will be able to find a song on this album they connect with.”

With a recent lineup change and a show on December 2 in Waterloo, during “Maxwell’s Indie Rock Night” w/ The Inclines, Vintage Flight, and No Service, Faulty Rivals are now working on new material for a full-length album sometime next year.

“The new stuff will have new colours from every band member, drawing influences from multiple genres to be a groove rock thrill ride,” Getson says.

Check out The Abused Will Ascend below, and stay up to date with the band via their socials.