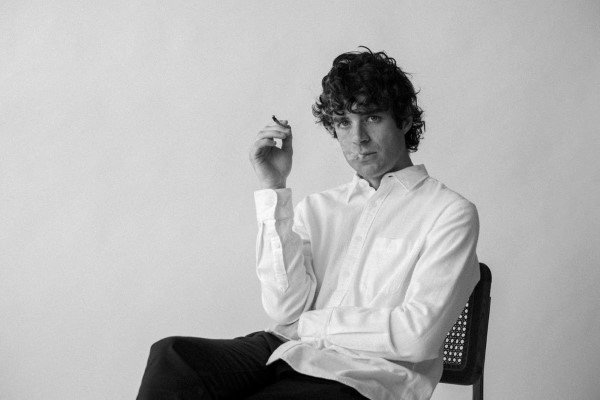 “Life As It Comes” was “one of the first ideas that developed into a song after confinement had first started,” says Geoffroy. “I kept repeating those two first chords at the piano, they felt good. I felt at peace. The pandemic had forced us all to take a step back and it triggered this reflection. Despite all the curveballs that life had thrown my way, I was feeling happy and grateful for the life I was living. Feeling free, loved, and content with where I was and what I had achieved, both on a personal and professional level. And so I wanted to dig into this state of mind and try to reason or explain it somehow. The result is a testimony of gratitude. A song about acceptance, integrity, and gratitude, all playing a crucial part in achieving well-being and self-realization.”

The journey to the LP’s 2022 release began with the unveiling of “Cold World“, an intimate and reflective song that beautifully represents the album’s tone.

“Live Slow Die Wise is the timeless story of societal individualism and ego,” Geoffroy shares. “We’re driven by an endless pursuit for growth, innovation, and profit. But at what cost?”

Live Slow Die Wise still features the personal and reflective touch Geoffroy fans know to expect, but this time through the lens tinted by experience. Inspired by artists like Ry Cooder, Paul Simon, Nick Drake, Jeff Buckley, and thinkers such as Alan Watts, Eckhart Tolle, and Ralph Waldo Emerson, Geoffroy brought a more contemplative and philosophical approach to the album’s songwriting than in previous works.

Live Slow Die Wise was penned during isolation in 2020 and brought to life in the studio with help from legendary French Canadian producer Louis-Jean Cormier. The songs mark a return to Geoffroy’s early days as an artist, traveling the world and playing solo on the streets as he went. A renewed appreciation for organic instrumentation and a recording process that favoured live takes in the studio added depth and authenticity to the songs and hopefully, forge a deep and intimate connection with the listener.

“Live Slow Die Wise represents a specific state of mind. It’s about taking the time to live freely and consciously. It’s about being aware and embracing the ephemerality and fragility of life.”